The National Synchrotron Light Source II (NSLS-II) Project was bumped up from a "far-term" to "near-term" priority in the U.S. Department of Energy Office of Science's revision of its 2003 publication, "Facilities for the Future of Science: A Twenty-Year Outlook." The original plan, which identified facilities and instruments that the United States needs to capture world scientific leadership, ranked NSLS-II as 21st out of 28 projects in terms of priority, based on a low score on the "readiness-to-proceed" criterion. However, because of a revised proposal submitted in 2004 and a series of very positive reviews that followed, the project is now listed as a near-term priority for the Office of Science.

Facilities for the Future of Science: A Twenty-Year Outlook (PDF). 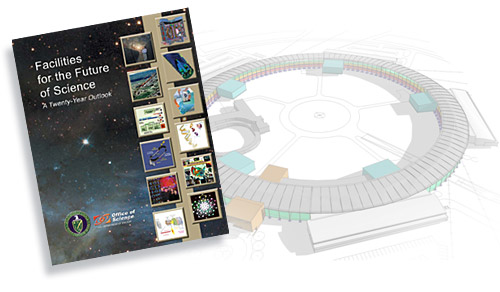