Arthur Grollman to Speak on 'Unraveling the Mystery of an Environmental Disease' at Brookhaven Lab, May 15

UPTON, NY - Arthur Grollman, Director of Stony Brook University's Leo and Judy Zickler Laboratory of Chemical Biology, will give a BSA Distinguished Lecture titled "Unraveling the Mystery of an Environmental Disease," at the U.S. Department of Energy's Brookhaven National Laboratory on Thursday, May 15, at 4 p.m. in Berkner Hall. BSA Distinguished Lectures are sponsored by Brookhaven Science Associates, the company that manages Brookhaven Lab, to bring topics of general interest before the Laboratory community and the public. The lecture is free and open to the public. Visitors to the Laboratory age 16 and over must bring a photo ID. 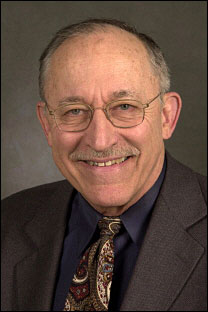 For many years, residents of farming villages along the Danube River basin suffered from a fatal kidney disease and an associated urinary tract cancer. The cause of the disease remained a mystery for more than 50 years. Recently, however, Arthur Grollman and his colleagues have determined that home-baked bread is implicated in the disease, known as Balkan endemic nephropathy.

Suspecting that a specific environmental toxin might be causing the disease, Arthur Grollman and his colleagues began epidemiological and clinical studies that solved the mystery. They discovered that home-baked bread, a dietary staple of farm families living in the affected area, was contaminated with aristolochic acid, a powerful kidney toxin and human carcinogen that is found in Aristolochia weeds that grow in many of the wheat fields of the Balkans.

Aristolochic acid is also found in herbal remedies used for centuries in Europe, Asia, and the Americas. Now, these popular herbal remedies are implicated as the cause of aristolochic acid-induced kidney disease and associated cancers. This finding may lead to the development of new therapeutic agents to treat common diseases similar to those caused by the toxin. The strategies used by Grollman and colleagues to trace the cause of a local disease also provide a model for investigations of environmental diseases around the world.

In addition to directing the chemical biology laboratory at Stony Brook University, Arthur Grollman is the founding Chair and Distinguished Professor of Pharmacological Sciences, and Evelyn G. Glick Professor of Experimental Medicine at the university.

Grollman has published more than 200 papers in molecular biology and cancer research. He is an expert in the clinical pharmacology of herbal medicines and has testified on this subject before the White House Commission on Alternative and Complementary Health Policy and other governmental committees. He has also served on numerous scientific editorial boards and advisory committees.

After earning a B.A. in chemistry from the University of California at Berkeley, Grollman received his M.D. from the Johns Hopkins School of Medicine, where he did his internship and residency in internal medicine. He then conducted research at the National Institutes of Health before joining the faculty of Albert Einstein College of Medicine. He began his career at Stony Brook in 1974. Grollman was elected to the Johns Hopkins Society of Scholars, and he received two Cancer Society Scholar Awards and a MERIT Award from the National Cancer Institute.