Searching for the Origin of Mass Using the ATLAS Particle Detector 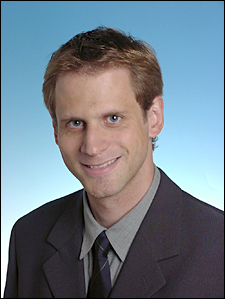 EVENT: During a free and public talk, Marc-André Pleier, a physicist at the U.S. Department of Energy’s Brookhaven National Laboratory, will discuss the extraordinary research taking place at the Large Hadron Collider (LHC) — the world’s newest, biggest, and highest energy particle accelerator located at CERN, the European physics lab in Switzerland. Pleier is one of hundreds of researchers from around the world working on ATLAS, a seven-story particle detector positioned at a point where the LHC’s oppositely circulating beams of protons slam into one another head-on. Within the debris produced from these high-energy collisions, researchers are searching for evidence of a particle called the Higgs boson, which is thought to be responsible for the mass of all particles — and us.

WHERE: Berkner Hall auditorium, Brookhaven National Laboratory. The Laboratory is on William Floyd Parkway, at the intersection with Longwood Road, one-and-a-half miles north of Exit 68 of the Long Island Expressway.

DETAILS: On March 30, 2010, the Large Hadron Collider launched a new era of particle physics by colliding protons at an energy that’s three-and-a-half times greater than has ever been achieved. Smashing such high-energy protons to smithereens is providing the LHC’s four particle detectors — including ATLAS — with lots of data to analyze in their search for the Higgs boson and other new physics phenomena. The goal of this particle smashing is to answer fundamental questions about the origin of mass, the nature of dark matter, and the earliest moments of the universe.

Presented in conjunction with the start of LHC’s high-energy operations, this talk is part of an international series of public lectures by scientists who perform their research at the LHC. More information about other lectures in this series can be found at the LHC Lecture Series website.