UPTON, NY — This spring, scientists from the U.S. Department of Energy’s (DOE) Brookhaven National Laboratory will head to Oklahoma! — where the clouds come sweepin’ down the plain, and . . . the wind comes right behind the rain — to take atmospheric measurements aimed at improving global climate models. Working with DOE’s Atmospheric Radiation Measurement (ARM) Climate Research Facility in collaboration with NASA’s Global Precipitation Measurement Mission, the scientists will study the many factors that contribute to the formation and lifecycle of convective clouds — those towering masses formed by rising heat that can produce thunderstorms and other severe weather. 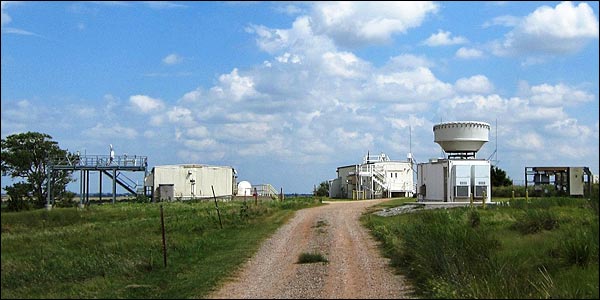 A Road Well Traveled: The Central Facility houses the core instrumentation for the Southern Great Plains (SGP) site and is the center of operations for SGP experiments. Instruments at the SGP Central Facility are checked each day by expertly trained technicians.

“The data collected during this study will lead to a better representation of convective storm systems in global climate models, and also improve the fidelity of satellite observations of precipitation,” said Brookhaven meteorologist Michael Jensen, who leads DOE/ARM’s participation in the study. 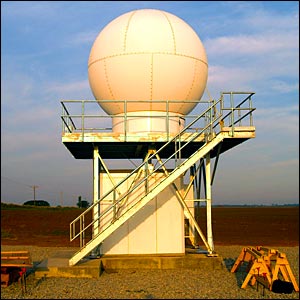 Known as the Midlatitude Continental Convective Cloud Experiment, the study is set to begin April 22 and run for about six weeks. It will take advantage of the full range of atmospheric measuring equipment at the ARM Southern Great Plains site in central Oklahoma, including a new, state-of-the-art dual-band scanning radar — installed with funding from the American Recovery and Reinvestment Act — that will enable the most-comprehensive-ever three-dimensional observations of clouds over time. The ground-based observations will be supplemented by observations from NASA aircraft flying within and above the cloud systems.

“Our goal is to provide the most complete characterization of convective cloud systems and their environment that has ever been obtained, providing information that has never before been available for representing these processes in global climate models,” Jensen said.

Convective processes — for example, the movement of warm air from near Earth’s surface to higher, cooler altitudes — play a critical role in Earth’s energy balance by redistributing heat and moisture in the atmosphere and triggering precipitation. In modeling Earth’s climate at present or in the future, it’s important to accurately represent these convective processes. 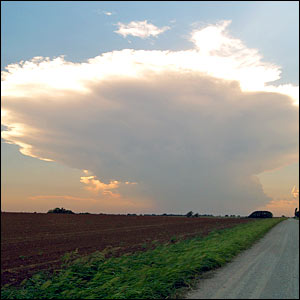 An anvil cloud looms over the Southern Great Plains site.

The Oklahoma field study will look at several different components of atmospheric convective processes including: the atmospheric conditions in which a convective cloud first starts to form, how air motions within the cloud impact the subsequent growth and formation of precipitation, what types and sizes of cloud and precipitation particles occur within the different stages of the cloud lifecycle, and how the cloud system impacts the background atmosphere.

The experimental approach is to document, in three dimensions, not only precipitation, but also clouds, winds, and moisture in an attempt to provide a holistic view of convective clouds and their feedback with the environment — in other words, a real-world natural cloud laboratory.

“Because this study will look at the entire life cycle of clouds — before, during, and after a storm — it provides opportunities for unparalleled characterization of convective clouds and their climate implications,” said co-investigator Scott Giangrande, an assistant meteorologist at Brookhaven. “The data collected during this field campaign, the subsequent data analysis and modeling studies, and the insight gained into the processes controlling the lifecycle of convective storms should have an immediate and long-lasting impact on the modeling of our climate system.”

Brookhaven’s role in this research is funded by the DOE Office of Science. Argonne National Laboratory operates the ARM Southern Great Plains site for DOE.