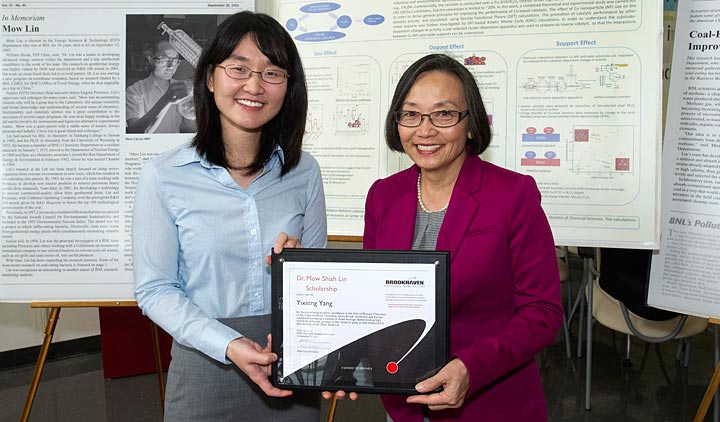 UPTON, NY — Yixiong Yang, a graduate student at Stony Brook University has won the eighth annual Mow Shiah Lin Scholarship. The Asian Pacific American Association at the U.S. Department of Energy’s Brookhaven National Laboratory sponsors the scholarship, which consists of $1,000 and a plaque, to honor the distinguished late Brookhaven Lab scientist for whom it was named.

Yang’s studies focus on the catalysis of renewable fuels through the hydrogenation of CO2 into useful energy to assist in resolving the issues regarding the energy crisis and the greenhouse effect.

“It is a privilege and an honor to be this year's recipient of the Mow Shiah Lin Scholarship,” said Yang. “I plan to continue my research on renewable energy in the future.” 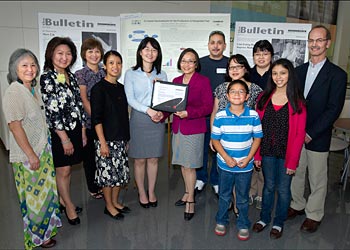 Yang earned her B.S. in applied chemistry from Beijing University of Aeronautics and Astronautics. She is currently working toward her Ph.D. in physical chemistry at Stony Brook University.