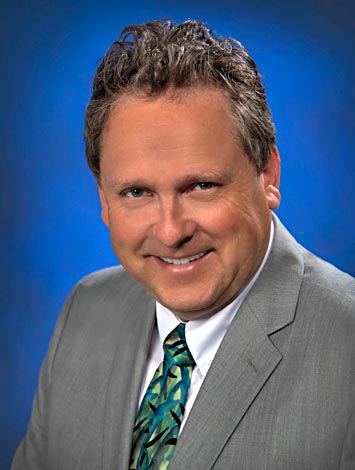 As chair of ESD, Schoonen will oversee a staff of 52 and administer an annual budget of approximately $15 million. The department's research focuses on atmospheric physics and chemistry and carbon cycle science related to climate change. Home to the Tracer Technology Center, ESD operates a network of solar irradiance and meteorological instruments for performance evaluation and modeling of the influence of clouds on solar energy production. Departmental goals also include increasing understanding of the impacts of global change on managed and unmanaged ecosystems and improving knowledge of possible global change mitigation approaches.

"I am honored to lead the Environmental Sciences Department at Brookhaven National Laboratory" said Schoonen. "My goal is to build on the already excellent programs and projects within the department that address a wide range of environmental problems relevant to the Department of Energy and the Nation."

Schoonen's research areas include environmental molecular chemistry, geocatalysis, medical geology, and astrobiology. An expert in synthesis, surface chemistry, and geochemistry of metal sulfides, in particular iron sulfides, his applied research efforts have included geologic sequestration of hydrogen sulfide and carbon dioxide (CO2), development of mineral-based photocatalysts, and development of acid mine drainage abatement technology. His current research projects focus on the role of iron minerals in subsurface CO2 sequestration, the use of metal sulfides as catalysts to degrade organic pollutants, and the role of mineral dust in the onset of lung ailments in US servicemen and women stationed in Iraq and Afghanistan.

While serving as Associate Vice President for Research at Stony Brook University, which since 1998 has co-managed Brookhaven Lab with Battelle Memorial Institute, Schoonen's primary responsibility was to evaluate large multidisciplinary research opportunities, form and lead teams, align institutional resources, and coordinate writing and submission of competitive proposals. He played a key role in the development of the proposal leading to the establishment of the Center for Environmental Molecular Science at Stony Brook and Brookhaven Lab.  He also led a successful effort to attract a $12 million award to rebuild Iraqi universities.

"Martin is a true scholar and an outstanding administrator," said Dennis N. Assanis, Provost and Senior Vice President for Academic Affairs at Stony Brook University and Vice President for Brookhaven Affairs. "He is an excellent choice as chairman of BNL's Environmental Sciences Department and I'm sure he will make many significant contributions in his new role at BNL just as he has at Stony Brook."

As chair of ESD, Schoonen intends to maintain an active research program aimed at environmental problems relevant to DOE's mission, including a focus on challenges related to CO2 sequestration and the properties of minerals under conditions encountered in DOE legacy waste environments.

"We're very pleased to have Martin leading our environmental science research and expect that his close ties to SBU will foster even greater collaboration among our two institutions on issues of regional, national, and global importance," said Reinhold Mann, BNL's Associate Director for Environmental, Biological and Computational Sciences.  "His experience in building and leading multidisciplinary teams toward common goals will be important as we continue to build our programs."