UPTON, NY—The American Physical Society (APS), the world's largest physics organization, has named four researchers from the U.S. Department of Energy's Brookhaven National Laboratory as 2015 APS Fellows. APS has more than 50,000 members, and its mission is to disseminate advances in physics through its many journals and outreach activities. The fellowship is given to just one half of one percent of its members each year, making it a prestigious and high honor. Physicists from around the world are named Fellows for exceptional research advances, significant contributions to the physics community, or by demonstrating noteworthy leadership or service in physics education. The citation and a summary of the contributions of each new Fellow—Sergey Belomestnykh, Hooman Davoudiasl, Cedomir Petrovic, and Ferdinand Willeke—are featured below. 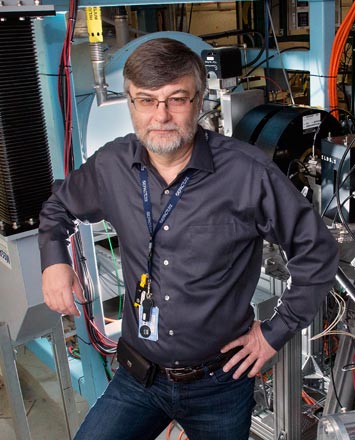 "For outstanding contributions to the science and technology of RF and superconducting RF in beam physics."

Sergey Belomestnykh, currently chief technology officer and head of the Technical Division at the U.S. Department of Energy's (DOE) Fermilab, has made significant contributions to the design of superconducting radio frequency (SRF) systems for storage rings, linear accelerators (linacs) and energy recovery linacs, including during the five years he worked at Brookhaven Lab. Such systems are being used at Brookhaven's Relativistic Heavy Ion Collider (RHIC), a DOE Office of Science User Facility for nuclear physics research.

Before moving to Fermilab in October 2015, Belomestnykh led Brookhaven Lab's SRF group, which designs, constructs, and tests SRF cavities at facilities like RHIC—where nuclear physicists smash ions to study their subatomic quarks and gluons, the "strong force" that ordinarily confines them within protons and neutrons, and the proton's intrinsic spin structure. The group is also developing SRF cavity prototypes for a possible future electron ion collider facility that could be used to probe even deeper into the mysteries of the strong force and secrets of the proton's spin.

"I am very honored to be elected an APS Fellow by my colleagues and peers," said Belomestnykh. "The field I am working in, science and technology of RF and superconducting RF, has become one of the cornerstones for new generations of particle accelerators. It is so gratifying that the physics community recognizes the importance [of this work] and values results achieved in our field."

Belomestnykh received his Ph.D. in engineering electrophysics from Budker Institute of Nuclear Physics in Russia in 1998 and worked at Cornell University for 17 years. He then worked at Brookhaven Lab for five years before moving to Fermilab. While at Brookhaven, he also received a Particle Accelerator Science and Technology Award from the Institute of Electrical and Electronics Engineers Nuclear and Plasma Sciences Society for his outstanding contributions to the development of particle accelerators. 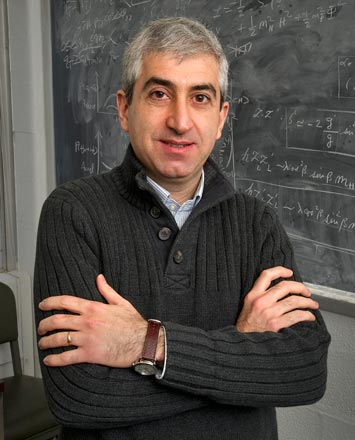 Hooman Davoudiasl is a physicist in the High Energy Theory Group at Brookhaven Lab and studies phenomena like the Higgs boson.

"For elucidating our understanding of the experimental consequences of warped extra-dimensional models of space-time."

Hooman Davoudiasl is a physicist in the High Energy Theory Group at Brookhaven Lab. His focus has been investigating the theories beyond the Standard Model of particle physics and their observable implications for high-energy experiments, cosmology, and astrophysics.

Davoudiasl's work elucidated signals from the Large Hadron Collider at CERN, the European laboratory for nuclear and particle physics, that are associated with a so-called "tower" of particles that represent echoes of gravity in a warped fifth dimension. Such an extra dimension may help explain the extreme smallness of the Higgs boson mass compared with the Planck mass associated with gravitational phenomena. He also examined additional towers of particles that arise in warped models with a fifth-dimensional version of the Standard Model. These scenarios have led to a possible geometric explanation for the puzzling large disparity among the masses of the Standard Model fermions, depending on whether they are localized toward or away from the Higgs in the fifth dimension.

"I am very happy and honored to have my contributions to the field recognized by being named an APS fellow," Davoudiasl said.

His research may help physicists better explain unresolved mysteries of particle physics and develop a better understanding of the universe. Davoudiasl received his Ph.D. at the California Institute of Technology in 1998 and has been working at Brookhaven Lab since 2006. He received the 2007 Presidential Early Career Award for Scientists and Engineers. 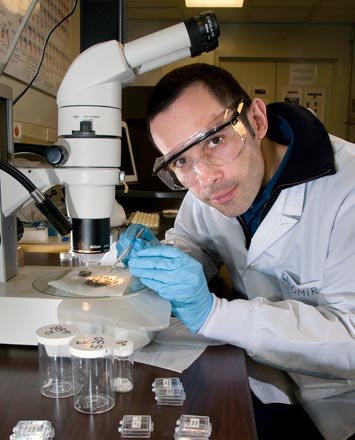 Cedomir Petrovic is an expert on superconductivity and has discovered a heavy fermion material known as Cerium-cobalt-indium (CeCoIn5), which has the highest known superconducting temperature in its class.

"For outstanding contributions to understanding of heavy fermion materials through synthesis and characterization of new systems, particularly CeCoIn5."

Cedomir Petrovic, a physicist in the Condensed Matter Physics and Materials Science Department at Brookhaven Lab, has paved the way for new discoveries related to our understanding of superconductivity—the ability of certain materials to carry electricity with no energy loss. Petrovic and other Brookhaven Lab researchers seek to improve the critical properties of superconducting materials and accelerate the search for new superconductors with the aim of improving the capacity, efficiency, and reliability of the electric grid.

Petrovic is being recognized for his synthesis of a heavy fermion material known as Cerium-cobalt-indium (CeCoIn5), which has the highest known superconducting temperature in its class.

The discovery of CeCoIn5 has enabled subsequent experiments that are helping Petrovic and his colleagues elucidate the mechanisms of superconductivity. Petrovic has published more than 175 papers since he first arrived at Brookhaven Lab in 2002 and his work has been cited more than 6,500 times.

"I am very grateful to be named an APS fellow," said Petrovic. "It will inspire me to continue to make meaningful discoveries and advance our understanding of physics in the future."

Petrovic received his Ph.D. in physics from Florida State University in 2000. He designed his lab at Brookhaven for exploratory material synthesis and became a tenured physicist in 2008. In addition to receiving his recent fellowship with APS, Petrovic has won a Marko Jaric Award for his contributions to physics and a Humboldt Fellowship for Experienced Researchers. 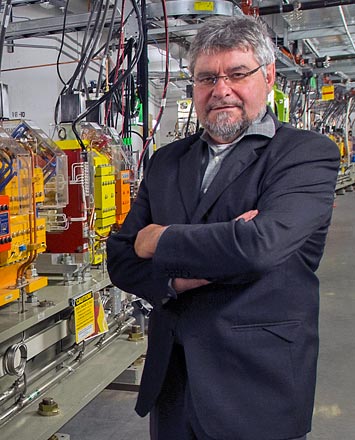 Ferdinand Willeke standing along a portion of the internal accelerator system for the National Synchrotron Light Source II.

Ferdinand Willeke, division director for accelerator systems at the National Synchrotron Light Source II (NSLS-II) at Brookhaven Lab, has made significant contributions to the design and construction of NSLS-II, a new DOE Office of Science User Facility at Brookhaven and one of the most advanced synchrotron light sources worldwide.

Earlier in his career, Willeke worked at the Deutsches Elektronen-Synchrotron (DESY), an accelerator laboratory in Hamburg, Germany. Willeke was part of the team that constructed the Hadron-Electron Ring Accelerator (HERA), a large accelerator facility at DESY for which he assumed responsibility of operations and for facility upgrades. He participated in the commissioning of the Tevatron at Fermi National Accelerator Laboratory and also was the first to present a design of an asymmetric beauty factory. Willeke was also involved in developing the design for an electron-ion collider using HERA at DESY.

Willeke's work has led to technical advances at accelerators around the world. His expertise played an important role in the successful completion of the construction and commissioning of NSLS-II.

"I feel very honored and I am glad that my efforts are well appreciated by the accelerator community," said Willeke. "I am also grateful to my mentors and my co-workers. Without them I wouldn't have been successful."

Willeke received his Ph.D. in nuclear solid physics at the Freie University in Berlin in 1980. He has been working at Brookhaven Lab since 2007 and was granted tenure in 2010.