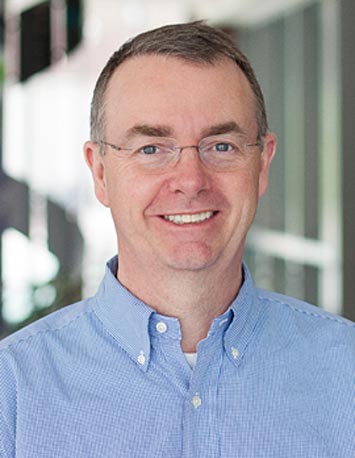 UPTON, NY—Biochemist John Shanklin has been named Chair of the Biology Department at the U.S. Department of Energy's (DOE) Brookhaven National Laboratory, effective January 1, 2016. An internationally recognized scientist whose research focuses on the use of plants and sunlight for the conversion of carbon dioxide into products that will decrease dependence on petrochemicals, Shanklin has served in a series of leadership positions within the department, most recently as Interim Chair since last October. He succeeds David Schlyer, who was named Senior Scientist Emeritus in December 2014.

As Chair of the newly configured Biology Department, Shanklin will oversee an annual budget of $11 million and a staff of 48 scientists, technicians, and support personnel pursuing and facilitating research that seeks to reveal of the inner workings of living things—research that has enormous potential benefits for society. For example, by exploring the biochemistry of plants and microorganisms that successfully capture and transform carbon to useful materials like food and fuel, Brookhaven biologists are discovering new ways to grow plants that produce sustainable biofuels and other useful products without interfering with food production.

"I am pleased to expand my former role in leading the DOE's Basic Energy Sciences Plant Program at this exciting time for the Biology Department," Shanklin said.  "There are wonderful opportunities ahead of us. In 2015, we recruited three young scientists to jump-start our Quantitative Plant Science Initiative, which is well aligned with both Brookhaven Lab's goals and the DOE mission in providing foundational scientific discovery that will underpin the development of renewable and sustainable bioenergy crop plants."

Scientists in the department also study the protein machinery underlying DNA replication, metal transport, and other cellular functions—offering insight into what happens when things go awry, and potentially pointing to new treatments for disease. Brookhaven Lab biologists also support scientists coming to the NASA Space Radiation Laboratory to evaluate the effects of cosmic and solar radiation on cells and DNA. This research is assessing the risks future astronauts will face on long-term spaceflights, and could assist in the design of protective strategies while also improving our understanding of cancer. In addition, the department is developing tools for modeling and sorting the enormous amount of information emerging in these fields.

"John brings a combination of outstanding scientific leadership and management experience to the Chair position," said Martin Schoonen, Brookhaven Lab's Associate Director for Environment, Biology, Nuclear Science & Nonproliferation. "He is a team builder and he is transforming Biology into a department that will have world-leading capabilities in the quantitative study of plant systems.  I look forward to continuing to work with him in his new role as Chair. "

Shanklin earned his Ph.D. in horticulture from the University of Wisconsin-Madison in 1988. He came to Brookhaven Lab in 1992 as an assistant biochemist, and he rose to the position of tenured senior biochemist in 2002. His research has focused on understanding the biochemical details of plant lipid metabolism and devising ways to control the composition of plant oils so that they can be used as renewable industrial feedstocks and/or fuels. To achieve these goals, he performs detailed structure-function analysis of plant enzymes that regulate the production of oils and then redesigns them to make useful products.

Shanklin has received numerous professional awards, including a Brookhaven Lab Science & Technology Award (2013), a Presidential Early Career Award for Scientists and Engineers (1997), and the DOE Office of Energy Research Young Scientist Award (1997). He received the Terry Galliard Medal for Plant Lipid Biochemistry in 2000, and was made a fellow in the American Association for the Advancement of Science in 2007. He is a member of the American Chemical Society, the American Society for Plant Biology, and the American Society for Biochemistry and Molecular Biology.