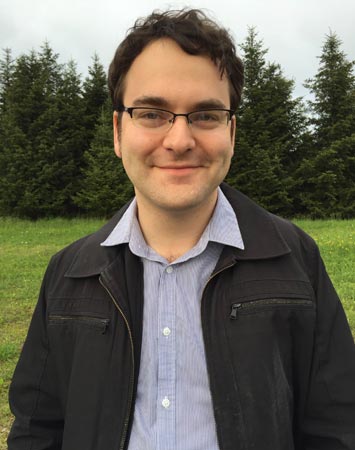 WASHINGTON, DC – The Department of Energy's (DOE's) Office of Science has selected 49 scientists from across the nation – including 22 from DOE's national laboratories and 27 from U.S. universities – to receive significant funding for research as part of DOE's Early Career Research Program. The effort, now in its seventh year, is designed to bolster the nation's scientific workforce by providing support to exceptional researchers during their crucial early career years, when many scientists do their most formative work.

"We invest in promising young researchers early in their careers to support lifelong discovery science to fuel the nation's innovation system," said Cherry Murray, director of DOE's Office of Science.  "We are proud of the accomplishments these young scientists already have made, and look forward to following their achievements in years to come."

Under the program, university-based researchers will receive at least $150,000 per year to cover summer salary and research expenses. For researchers based at DOE national laboratories, where DOE typically covers full salary and expenses of laboratory employees, grants will be at least $500,000 per year to cover year-round salary plus research expenses. The research grants are planned for five years.

To be eligible for the DOE award, a researcher must be an untenured, tenure-track assistant or associate professor at a U.S. academic institution or a full-time employee at a DOE national laboratory, who received a Ph.D. within the past 10 years. Research topics are required to fall within one of the Department's Office of Science's six major program offices:

A list of the 49 awardees, their institutions, and titles of research projects is available on the Early Career Research Program webpage.

Lehner and his colleagues study the theory behind how quantum phenomena—including yet-to-be-discovered particles—affect the interactions of fundamental particles like electrons and muons when they are exposed to a magnetic field. Muons "wobble" when placed in a magnetic field, and based on what they known about the universe, theorists have predicted the exact degree of that wobble. Experimental physicists then worked to confirm that value, and research on the "Muon g-2" experiment at Brookhaven Lab in the 1990s and early 2000s revealed hints—though not definitive proof—of a departure from the predicted value. If correct, this departure from the Standard Model of physics could lead to the discovery of new particles.

The heart of the g-2 experiment—a 50-foot-diameter, 17-ton electromagnet—was moved to Fermi National Accelerator Laboratory (Fermilab) in Illinois in 2013, where it will become the centerpiece of a new experiment that will use a more intense particle beam to reduce the current uncertainty of the muon g-2 measured value by a factor of four. A similar reduction in the uncertainty of the Standard Model prediction is needed to match the experimental improvement, and achieving that more precise prediction through advances in computational modeling will be the focus of Lehner's work.

The precision of the current predicted measurement is limited by the lack of precise knowledge of the quantum effects of the particles' interaction with the strong nuclear force. Lehner's research will use new methods based on supercomputer simulations of the strong interaction on a four-dimensional space-time lattice, making it possible to compute the required contributions from first principles and at the necessary precision. The results of these simulations are essential for maximizing the scientific impact of the new muon g-2 measurement at Fermilab.

"I am honored to have been selected for this distinguished award," said Lehner. "The supported research will be an important ingredient in uncovering potential new physics contributions to the muon's anomalous magnetic moment."