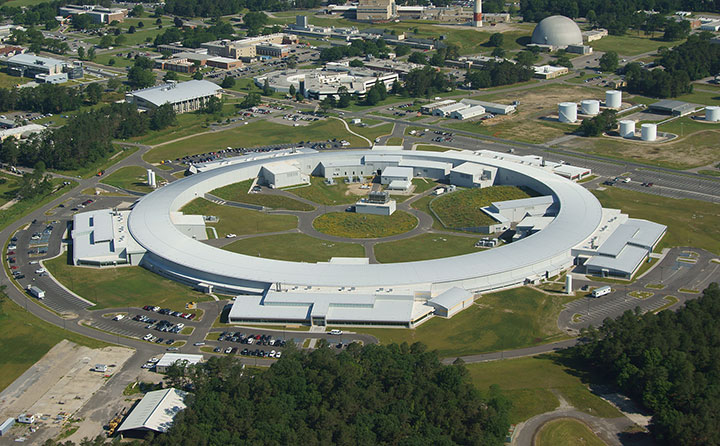 "The NSLS-II project gives researchers worldwide an incubator for the development of knowledge in science and technology that addresses pressing problems facing humanity today, and will continue to drive innovation," said Mark A. Langley, President and CEO of PMI. "By honoring this project as the 2016 Project of the Year recipient, we honor sound project management practices at their finest, and we provide an example of project and program success that other project managers can use in their own organizations and industries. Congratulations to the Department of Energy's Office of Science and the Brookhaven National Laboratory on this achievement."

Completed in March 2015, NSLS-II is a DOE Office of Science User Facility with a state-of-the-art electron storage ring that produces intense beams of x-rays for scientists advancing discoveries in clean and affordable energy, high-temperature superconductivity, biomedical research, and more. NSLS-II enables the study of material properties and functions with nanoscale resolution and extreme sensitivity by providing world-leading capabilities for x-ray imaging and high-resolution energy analysis.

"This was a truly major project with multiple technical challenges, and to complete a project of this magnitude on time and under budget is an extraordinary achievement," said Cherry Murray, Director of DOE's Office of Science.  "We are very proud of both the Federal and Brookhaven project teams.  Thanks to their efforts, NSLS-II will serve thousands of researchers and keep the United States in the forefront of synchrotron light source research."

The $912 million NSLS-II was completed on time and under budget with more than $68 million in increased scope—additional capabilities and benefits exceeding those originally planned. The planning, design, and construction of the NSLS-II facility spanned 10 years, and when all its 60-plus experimental stations (called "beamlines") are fully built out, NSLS-II will support thousands of visiting scientists—or users—each year.

"Throughout the development of this leading science facility, the expertise, experience, enthusiasm, and leadership of the DOE Office of Basic Energy Science made the project a success," said Frank Crescenzo, DOE's Federal Project Manager for the NSLS-II project. "At Brookhaven Lab, the NSLS-II project team's success was grounded in extraordinary technical capability and unrelenting commitment to delivering the remarkable quality of this machine."

When the project began in 2005, many technologies needed to achieve NSLS-II's planned capabilities and meet the project's goals and milestones had not yet been developed. Along the way, the project overcame many challenges, including conceiving research and development programs to redefine the state-of-the-art for such facilities while meeting and exceeding technical objectives; international vendor outreach, managing contract awards and work, and integrating systems being built around the globe; and working through significant schedule changes and adjustments including some made possible by $150 million in early funding through the American Recovery and Reinvestment Act of 2009.

NSLS-II will serve thousands of researchers and keep the United States in the forefront of synchrotron light source research.

Said Doon Gibbs, Brookhaven Lab Director, "I am very proud of our project team and the strong partnership with DOE that led to this award—and to this exciting facility that will advance scientific discovery for decades to come."

The design and construction of NSLS-II's 627,000 square feet of conventional facilities—including the half-mile-circumference ring building and five laboratory-office buildings—required 2,500 tons of steel, 41,000 cubic yards of concrete, and a sophisticated technical design to mitigate the effects of vibrations including those caused by Atlantic Ocean waves hitting the shore six miles south of the Lab. The project team also designed and constructed the electron accelerator complex at the heart of NSLS-II that includes more than 900 high performance magnets and 800 precision power supplies. Seven experimental stations—all world-leading instruments optimized to address the scientific challenges embodied in the facility's mission—were also constructed as part of the original project.

"It was a long journey, with many challenges along the way," said NSLS-II Project Director Steve Dierker, now at Texas A&M University. "An important part of the vision that we shared was a disciplined approach to project management, which ultimately led us to successful completion of this new world-class facility. It was an honor and a privilege to work with such an outstanding team."

During the peak of construction in 2011, the project was accomplishing more than $1 million of work each day. "Coordination of this incredibly complex project was only possible as the result of robust project management systems put in place very early in the project, and their disciplined application throughout the project's lifecycle," said NSLS-II Deputy Project Director Erik Johnson.

In addition to meeting or exceeding all technical requirements, the facility achieved LEED Gold certification for its environmentally responsible construction and operation.

The NSLS-II project has received multiple awards, including the U.S. Secretary of Energy's Honor Award and Award of Excellence as well as the Engineering News Record's national "Best of the Best Higher Education/Research Project" award. Crescenzo was also recognized by the Secretary of Energy as the 2015 Federal Project Director of the Year for his work on the NSLS-II project.

Energy Secretary Ernest Moniz dedicated the facility at a ceremony at Brookhaven Lab on February 6, 2015.

Brookhaven National Laboratory is supported by the Office of Science of the U.S. Department of Energy. The Office of Science is the single largest supporter of basic research in the physical sciences in the United States, and is working to address some of the most pressing challenges of our time. For more information, please visit science.energy.gov