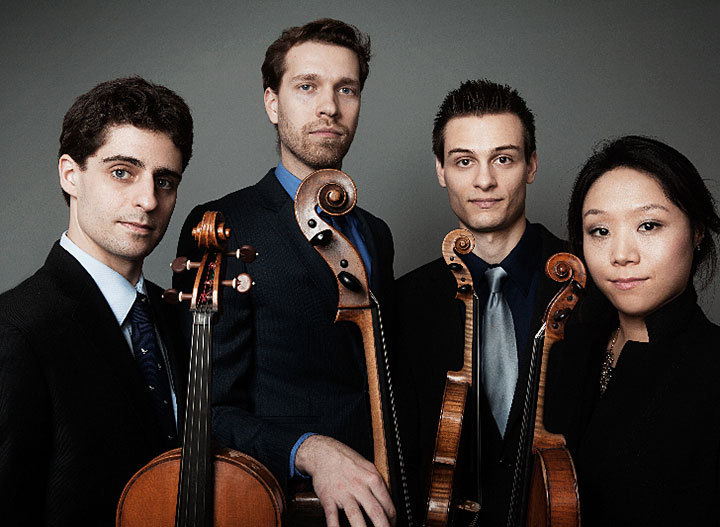 enlarge
UPTON, NY — The Tesla String Quartet will give a concert at the U. S. Department of Energy's Brookhaven National Laboratory on Wednesday, December 14, at noon in Berkner Hall. Sponsored by Brookhaven Science Associates, the event is free and open to the public. All visitors to the Laboratory 16 and older must bring a photo I.D.

Dubbed "technically superb" by The Strad — a publication on research and techniques in all aspects of playing and making stringed instruments — the Tesla Quartet has garnered top prizes at numerous international competitions, including the Gold Medal at the 2012 Fischoff National Chamber Music Competition.  Newly appointed as the String Quartet-in-Residence at Mount Allison University in New Brunswick, Canada, the Tesla Quartet also holds a community residency in Hickory, North Carolina that includes performances and workshops at local colleges, universities, and in the public school system, as well as a dedicated chamber music series.  The quartet performs regularly across North America, with recent international appearances in Austria, France and their debut at London's Wigmore Hall. The 2016-2017 season includes debut performances in China at the Beijing National Center for the Arts, the Shanghai Oriental Arts Center, and at the Sejong Performing Arts Center in Seoul, South Korea.

The program at Brookhaven Lab will include Schubert's "Rosamunde" quartet and the Ravel quartet in F major.