Pianist Nadejda Vlaeva to Perform at Brookhaven Lab, May 24 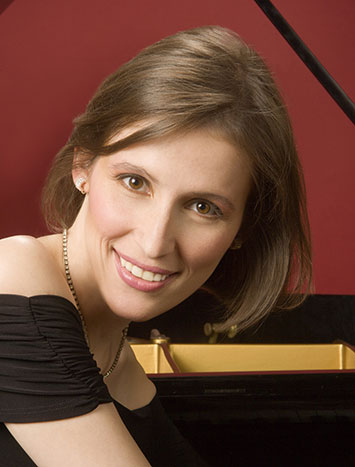 UPTON, NY — Pianist Nadejda Vlaeva, an international performer who has given solo recitals and concerto performances throughout Europe and North America, will give a recital at the U.S. Department of Energy's Brookhaven National Laboratory on Wednesday, May 24, at noon in Berkner Hall. Sponsored by Brookhaven Science Associates (BSA), the event is free and open to the public. All visitors to the Laboratory 16 and older must bring a photo I.D.

Nadejda Vlaeva gave her New York debut in the Carnegie Weill Recital Hall in 2000. She has earned an international reputation for stellar performance, especially as an interpreter of Liszt and Chopin, and has recorded six internationally released albums. Her album of Bach Transcriptions was selected by BBC Music Magazine as its Instrumental CD of the Month. The opening track on the album inspired a short animation movie, “Ouverture” that premiered at Lincoln Center in New York. Among the reviews, Vlaeva’s album, “A Treasury of Russian Romantic Piano” was described as “knockout performances" by American Record Guide and "extremely well-played" by International Record Review.  Vlaeva's latest album, “Piano Music of Sergei Bortkiewicz” includes some newly discovered works and was released in 2016.

For her performance at Brookhaven Lab, she will perform works by Rameau, Bortkiewicz, Volkmann, and Liszt.