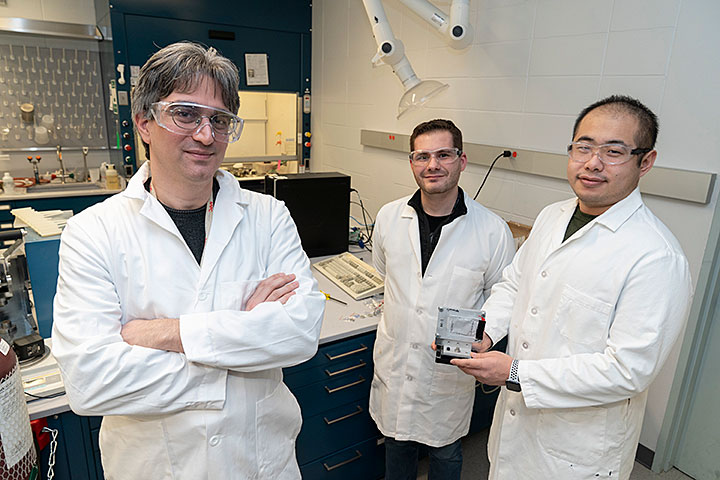 UPTON, NY—Engineers strive to design smartphones with longer-lasting batteries, electric vehicles that can drive for hundreds of miles on a single charge, and a reliable power grid that can store renewable energy for future use. Each of these technologies is within reach—that is, if scientists can build better cathode materials.

To date, the typical strategy for enhancing cathode materials has been to alter their chemical composition. But now, chemists at the U.S. Department of Energy’s (DOE) Brookhaven National Laboratory have made a new finding about battery performance that points to a different strategy for optimizing cathode materials. Their research, published in Chemistry of Materials and featured in ACS Editors’ Choice, focuses on controlling the amount of structural defects in the cathode material.

“Instead of changing the chemical composition of the cathode, we can alter the arrangement of its atoms,” said corresponding author Peter Khalifah, a chemist at Brookhaven Lab and Stony Brook University.

Today, most cathode materials are comprised of alternating layers of lithium ions and transition metals, such as nickel. Within that layered structure, a small number of defects can usually be found. That means atoms from a transition metal can be found where a lithium ion is supposed to be and vice versa.

“You can think of a defect as a ‘mistake’ in the perfection of the material’s structure,” Khalifah said. “It is known that a lot of defects will lead to poor battery performance, but what we’ve come to learn is that a small number of defects should actually improve key properties.” 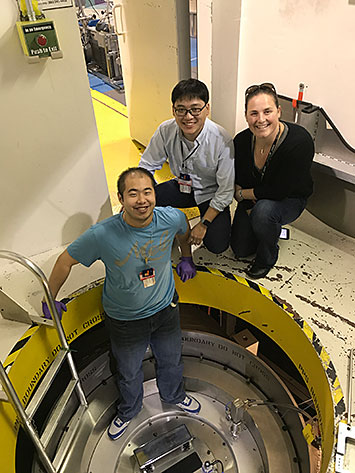 “The presence of a defect is like poking a hole between the lithium ion and transition metal layers in the cathode,” he said. “Instead of being confined to two dimensions, the lithium ions and electrons can move in three dimensions across the layers.”

To make this conclusion, the scientists needed to conduct high-precision experiments that measured the concentration of defects in a cathode material with far greater accuracy than has ever been done before.

Powder diffraction is a powerful research technique that reveals the location of individual atoms within a material by directing beams of x-rays, neutrons, or electrons at the material and studying how the beams diffract. In this study, the scientists conducted x-ray measurements at APS and neutron measurements at SNS.

“This work has developed a new way of visualizing structural defects and their relationship to diffraction and scattering strength,” said Saul Lapidus, a physicist in the X-ray Science Division at APS. “I expect in the future for this technique to be used commonly in the battery community to understand defects and structural characterizations of cathode materials.”

Khalifah added, “the ability to measure the concentration of weakly scattering elements with the sensitivity of a tenth of a percent will also be useful for many other areas of research, such as measuring oxygen vacancies in superconducting materials or catalysts.”

With such accurate measurements of defect concentrations, the scientists could then study the relationship between defects and cathode material chemistry.

Ultimately, they developed a “recipe” for achieving any defect concentration, which, in the future, could guide scientists to synthesize cathodes from more affordable and environmentally friendly materials and then tune their defect concentrations for optimal battery performance.