The following press release was originally issued by the University of California San Diego (UCSD). It describes how scientists at UCSD identified two meteorites in which superconductivity naturally occurs. As part of this study, the researchers at UCSD teamed up with scientists at the U.S. Department of Energy’s (DOE) Brookhaven National Laboratory to perform transmission electron microscopy (TEM) experiments. TEM helped reveal the chemical composition of the superconducting phase in the meteorites. To learn more about Brookhaven’s role in the work, contact Stephanie Kossman (skossman@bnl.gov).

Scientists at UC San Diego and Brookhaven Laboratory in New York went searching for superconducting materials where researchers have had little luck before. Setting their sights on a diverse population of meteorites, they investigated the 15 pieces of comets and asteroids to find “Mundrabilla” and “GRA 95205”—two meteorites with superconductive grains. 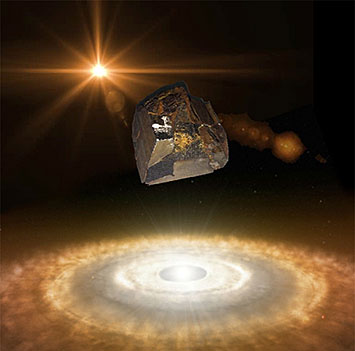 While meteorites—due to their extreme origins in space—present researchers with a wide variety of material phases from the oldest states of the solar system, they also present detection challenges because of the potentially minute measurability of the phases. The research team overcame this challenge using an ultrasensitive measurement technique called magnetic field modulated microwave spectroscopy (MFMMS). Details of their work are published in Proceedings of the National Academy of Sciences (PNAS).

In their paper, UC San Diego researchers Mark Thiemens, Ivan Schuller and James Wampler, along with Brookhaven Lab’s Shaobo Cheng and Yimei Zhu, characterize the meteorites’ phases as alloys of lead, tin and indium (the softest non-alkali metal). They say their findings could impact the understanding of several astronomical environments, noting that superconducting particles in cold environments could affect planet formation, shape and origin of magnetic fields, dynamo effects, motion of charged particles and more.

“Naturally occurring superconductive materials are unusual, but they are particularly significant because these materials could be superconducting in extraterrestrial environments,” said Wampler, a postdoctoral researcher in the Schuller Nanoscience Group  and the paper’s first author. 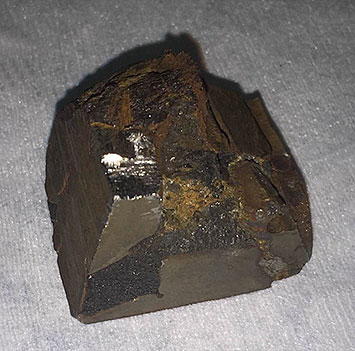 Schuller, a distinguished professor in the Department of Physics with expertise in superconductivity and neuromorphic computing, guided the methodological techniques of the study. After mitigating the detection challenge with MFMMS, the researchers subdivided and measured individual samples, enabling them to isolate the grains containing the largest superconductivity fraction. Next, the team characterized the grains with a series of scientific techniques including vibrating sample magnetometry (VSM), energy dispersive X-ray spectroscopy (EDX) and numerical methods.

“These measurements and analysis identified the likely phases as alloys of lead, indium and tin,” said Wampler.

According to Thiemens, a distinguished professor of chemistry and biochemistry, meteorites with extreme formation conditions are ideal for observing exotic chemical species, such as superconductors—materials that conduct electricity or transport electrons without resistance. He noted, however, the uniqueness of superconductive materials occurring in these extraterrestrial [minor] planets.

“My part of the project was to determine which of the tens of thousands of meteorites of many classes was a good candidate and to discuss the relevance for planetary processes; one from the iron nickel core of a planet, the other from the more surficial part that has been heavily bombarded and was among the first meteorites where diamonds were observed,” said Thiemens. 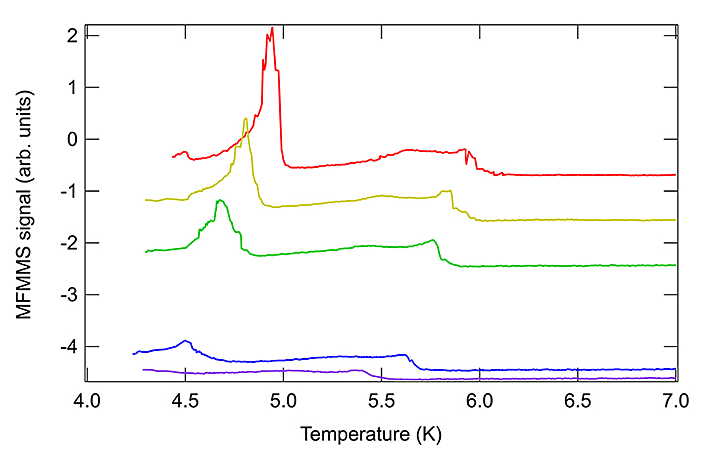 According to the cosmological chemist, who has a meteorite named after him—Asteroid 7004Markthiemens—Mundrabilla is an iron-sulfide-rich meteorite from a class formed after melting in asteroidal cores and cooling very slowly. GRA 95205, on the other hand, is a ureilite meteorite—a rare stony-like piece with unique mineral makeup—that underwent heavy shocks during its formation.

According to Schuller, superconductivity in natural samples is extremely unusual.

“Naturally collected materials are not phase-pure materials. Even the simplest superconducting mineral, lead, is only rarely found in its native form,” Schuller explained.

The researchers agreed that they knew of only one prior report of natural superconductivity, in the mineral covellite; however, because the superconducting phases they report in the PNAS article exists in two such dissimilar meteorites, it likely exists in other meteorites.

This study was supported by the Air Force Office of Scientific Research (grant FA9550-14-1-0202); and the UC San Diego Chancellors Associates. Transmission electron microscopy work at BNL was supported by the U.S. Department of Energy, Office of Basic Energy Science, Division of Materials Science and Engineering (contract no. DE-SC0012704).