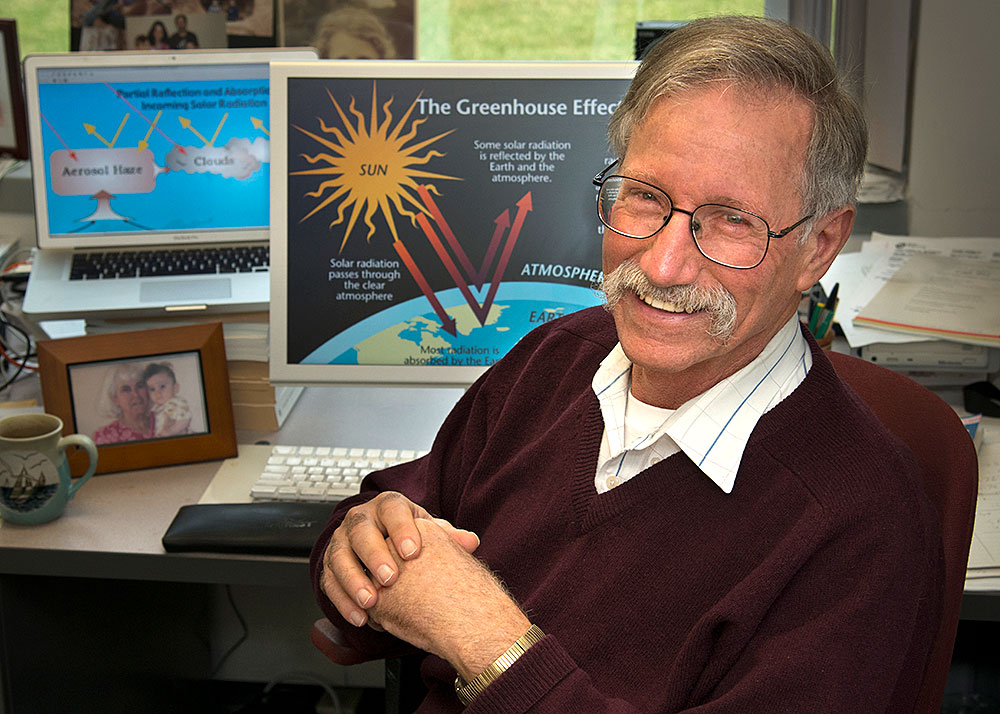 RIVERSIDE, CA – Senior Scientist Emeritus Stephen Schwartz, an integral member of the Environmental and Climate Sciences Department at the U.S. Department of Energy's (DOE) Brookhaven National Laboratory, is one of six recipients selected for the 2020–2021 Haagen-Smit Clean Air Award. The award is named after Arie J. Haagen-Smit, a chemist and leader in developing early air quality standards and air pollution control.

CARB solicits nominations from the public each year. Recipients were invited to their headquarters in Riverside, California to receive their award at a May 20 board meeting. Schwartz praised the State of California and CARB for the active role they have taken in fighting for cleaner air and a healthier environment. “They are really the most aggressive state in terms of promoting clean air regulations, with regard to vehicular emissions, and now with respect to climate change, so I feel truly honored to be receiving this award from CARB. ”

Schwartz is a recognized expert in atmospheric chemistry, radiative forcing of climate change, and the response of climate to anthropogenic factors. His research includes the influences of energy related emissions on the environment, with a focus on the role of atmospheric aerosols. Trained as a chemist, with a specialization in physical chemistry and chemical kinetics, Schwartz has been with Brookhaven Lab since 1975. His work has helped shape future climate change research and environmental policy.

Several of Schwartz’s publications have had broad impacts in both science and policy. One paper in particular, written with J.E. Freiberg in Atmospheric Environment, “Mass-transport limitation to the rate of reaction of gases in liquid droplets” (1981), didn’t just further the understanding of acid rain—a pressing issue at the time—but also provided a general approach to interactions of trace gases with atmospheric droplets and particles that would be used by many other scientists for a variety of atmospheric studies in the future.

Another paper that had an even greater impact was a study that Schwartz published in the journal Science, in 1989, on the influence of emissions on a regional scale. “I didn’t realize it at the time, but this paper turned out to be very important to policy formulation,” Schwartz recalled. Some years after the paper was published, after giving a talk at a scientific conference, the following speaker, an Environmental Protection Agency (EPA) policymaker, announced that she was pleased to be on the same platform as Schwartz, noting that that paper had helped her and her team to formulate the acid rain amendments to the Clean Air Act. That legislation resulted in the national program to reduce the pollutants that cause acid rain—sulfur dioxide and nitrogen dioxide—resulting in an enormous reduction of acid deposition over time. Schwartz calls this a true success story—research to policy to results.

Sulfate deposition before and after the Clean Air Act amendments

The award goes beyond recognizing a particular paper or research topic—it honors a long career that has addressed atmospheric issues in the past and present, while laying down the foundation for work to understand the environmental concerns of the future. “While our research has veered away from acid rain, the advances in understanding of atmospheric science remains with us and led directly to our initial estimates of the influences of atmospheric aerosols on climate change. This strong connection has led to a much more nuanced understanding,” Schwartz notes.

“The role of the scientist is to provide understanding, to present the science in a compelling way. The decisions, the formulation of policy, should come from that,” said Schwartz, stressing the consequences of delaying action to mitigate our current climate crisis.

His most recent work has quantified the effects of delaying efforts to curb emissions. “The longer we wait,” said Schwartz, “the warmer our global temperature will be, even as new technologies and policies are put in place to combat climate change.”

Schwartz acknowledged the contributions of his colleagues and noted the importance of continued support from the U.S. Department of Energy over the course of his career, “this sort of sustained support is essential to maintaining high quality research teams and, ultimately, to sound scientific research.”