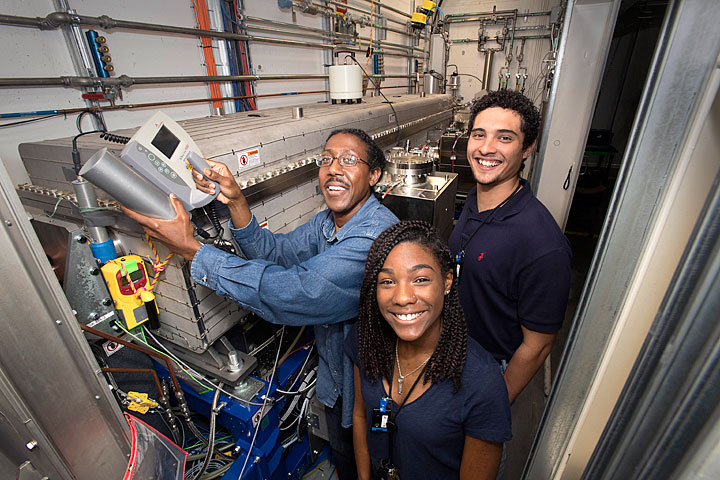 This summer, two student interns and their professor from Texas Southern University (TSU) are making a significant impact on the National Synchrotron Light Source II (NSLS-II), a U.S. Department of Energy Office of Science User Facility at Brookhaven National Laboratory. By collecting and analyzing radiation detector data, the research team is helping to enhance the safety features and reduce the construction costs of future beamlines (experimental stations) built at NSLS-II.

“Jesse and Kalifa are high achievers and high performers. My impression is that they are going to end up being leaders in the near future,” Harvey said. “The NSF-LSAMP program, OEP, and NSLS-II provided these students with the opportunity to conduct high quality, first-class research at a premier institution. The unique thing about their research here at Brookhaven is that the students played a major role in the study.” 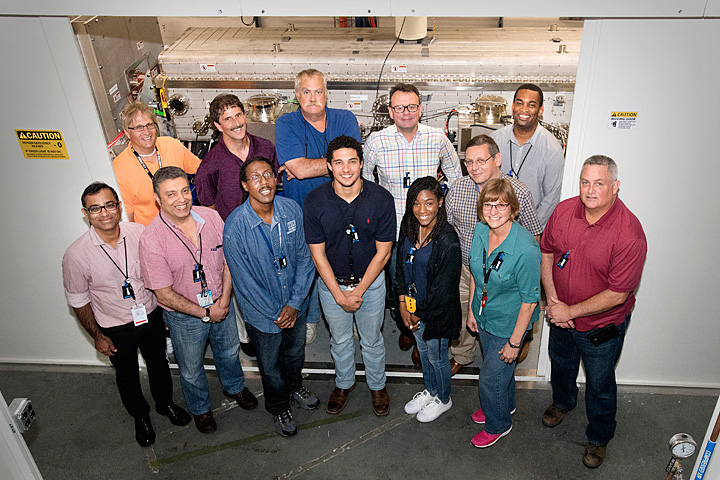 The research team from TSU was supported by staff members from NSLS-II and Brookhaven's Radiological Control Division.

After weeks of detailed instruction by Harvey in radiation physics and safety, Zapata and Kelly, in collaboration with NSLS-II staff, designed an experiment to remotely measure radiation fields inside a first optical enclosure (FOE), where NSLS-II’s bright and powerful x-ray light is focused at each beamline. Concrete, lead, and tungsten shielding are used to protect NSLS-II staff from this energy, but shielding the entire FOE with these materials is a costly endeavor. The TSU team, with guidance from staff scientists at NSLS-II, sought to determine how shielding could be localized within the FOE, reducing the amount of material needed while maintaining its overall effectiveness.

Zapata and Kelly worked with Harvey and NSLS-II staff to design a plan to place detectors in different locations throughout the FOE. “We had a big part in choosing what kind of detectors to use and where to place them,” Zapata said. “This has been a great learning experience for me.”

The students and Harvey chose specific detectors to place at designated locations based on computerized models of the FOE radiation field created by Brookhaven radiation physicist Mo Benmerrouche.  Then, they analyzed the data collected by these detectors over four weeks when NSLS-II was running, and developed a radiation map of the beamline that could be used by staff members at NSLS-II to design localized shielding for future beamlines. 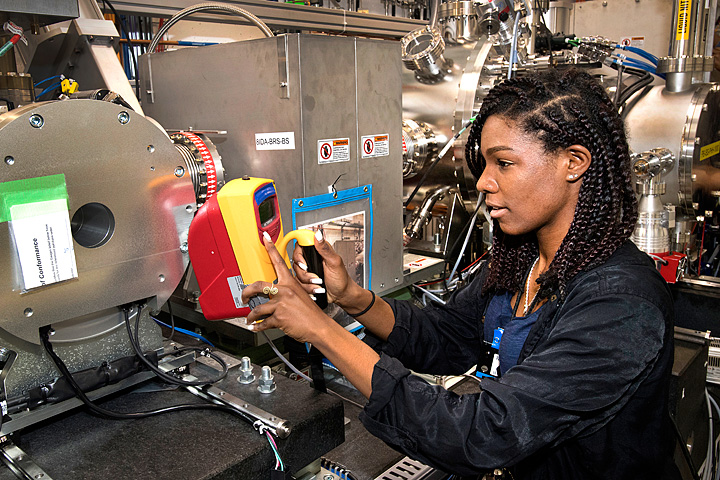 Kalifa Kelly is shown collecting data at beamline 8-ID, where the TSU team conducted their experiments.

NSLS-II currently has 28 beamlines in operation or under construction, but the facility is only halfway built out. That means the data measured by the TSU research team could impact the construction of more than 30 additional beamlines. The localized shielding that can now be designed based on the team’s work would reduce the cost of building these beamlines, improve their safety features, and make NSLS-II more attractive for individuals and organizations to come to Brookhaven to build new beamlines and conduct research.

Harvey, Zapata, and Kelly are not only improving NSLS-II; the students are also gaining a novel skillset that could propel their careers into new and critical areas of science research.

“There is a huge demand across many fields of science for people who are educated and trained in radiation safety,” said Klaus Attenkofer, program manager of the hard x-ray spectroscopy beamlines at NSLS-II. 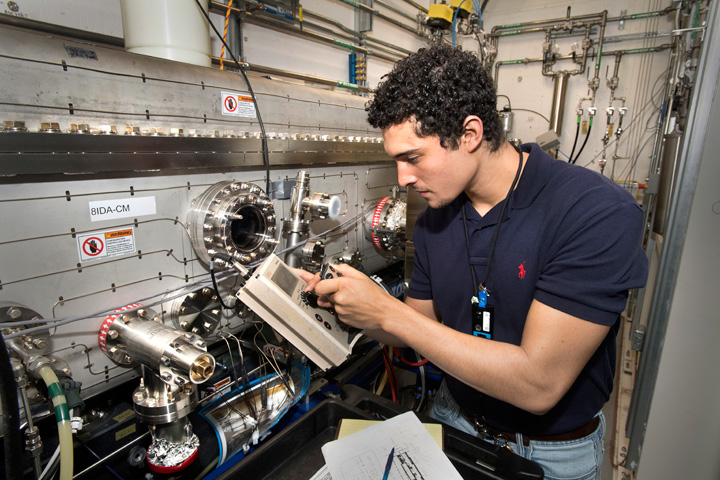 At the closing of their summer internship, Zapata and Kelly noted their work at Brookhaven has been a defining moment in their science education.

“Being able to work with scientists who are experts in their fields has been a phenomenal experience for me.” Kelly said. “This experiment also taught me that just because you have an idea, it doesn’t mean you’re going to stick to that idea. You have to think outside the box when you’re doing research. This experience has pushed me to learn a lot in a short period of time.”