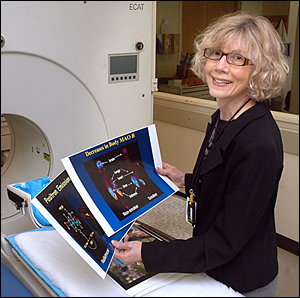 Brookhaven’s Joanna Fowler was featured during the month of May on the homepage of DOE’s Information Bridge. Maintained by the Office of Scientific & Technical Information (OSTI), this is a website through which the public has access to DOE’s full-text documents and bibliographic citations.

Fowler was cited for “exceptional accomplishments in the chemical sciences which have had a major impact on human health worldwide.” OSTI also posted links to Brookhaven’s press release on her National Academy of Sciences award in chemical sciences; to a video of Fowler speaking about her PET addiction research, carried on Brookhaven Lab’s YouTube channel; and to a database of Fowler’s publications.