A mobile laboratory containing sensors that measure wind speed and direction, air quality, precipitation, and other atmospheric variables is being deployed in urban and coastal areas as part of a larger effort to improve local forecasting capabilities in complex environments 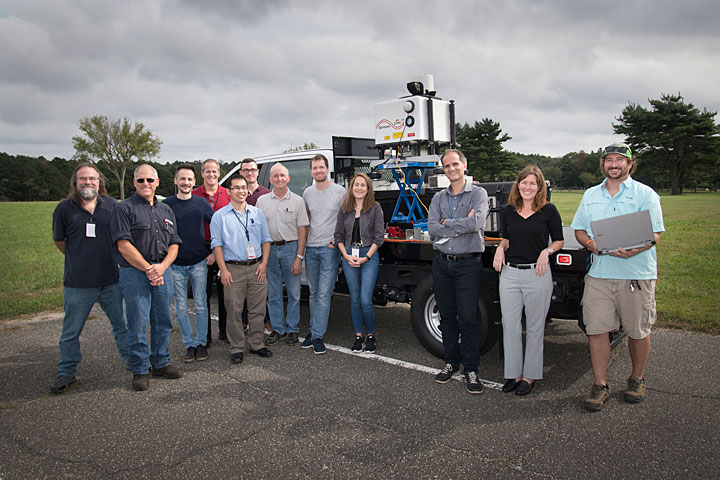 A team from Brookhaven Lab has deployed a sensor-equipped truck that will drive around urban and coastal areas in the Northeastern United States over the next few years to collect atmospheric data. These data will advance our understanding of the hard-to-predict microclimates—local climates that differ from the climate of the surrounding area—affecting such areas.

Today, most of the world’s population lives in cities, and a significant fraction (nearly 40 percent) lives within about 30 miles of a coastline. Predicting local weather patterns and microclimates in these highly populated areas is key to effectively managing energy resources, monitoring air quality, developing a resilient transportation infrastructure, preparing for natural disasters and emergencies, and ensuring national security.

However, because of their unique characteristics, developed urban and coastal locations are among the most difficult places to accurately forecast atmospheric conditions. Cities are often warmer than their suburban or rural surroundings because they are made of heat-absorbing materials such as concrete and steel, and they generate a significant amount of waste heat as a result of industrial energy usage. Tall buildings redirect air flow, altering wind speed and direction. By pushing warm, moist surface air into the cooler air above, skyscrapers can promote the formation of rain clouds. Because of these and other factors, urban areas are vulnerable to severe thunderstorms, heavy ice and snow, heat and cold waves, and other extreme weather events that pose risks to human health and safety. For example, storm-related flooding exacerbated by rising sea levels in coastal cities could force the shutdown of subway stations, roads, and other modes of transportation. 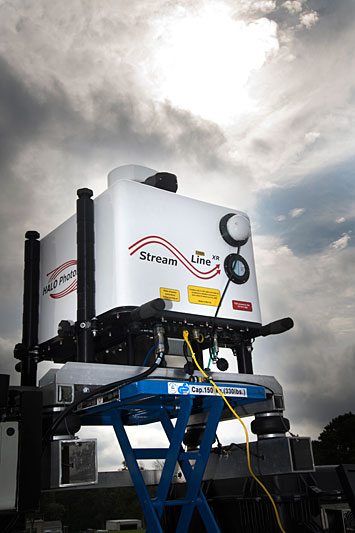 The mobile laboratory consists of a scanning Doppler lidar to detect wind speed and direction in the atmospheric boundary layer (lowest two to three kilometers of the atmosphere); a profiling lidar to estimate the depth of the boundary layer and distribution of aerosols overhead; a profiling radar to estimate precipitation levels; drones to estimate air quality and the transfer of energy in the atmosphere in response to changes in temperature, pressure, and volume; and visible- and infrared-light cameras to observe the environment and measure temperature.

“Despite its importance in the 21st century, the urban human-environment system is very poorly understood,” said Pavlos Kollias, an atmospheric scientist in the Environmental and Climate Sciences Department at the U.S. Department of Energy’s (DOE) Brookhaven National Laboratory, a professor at the School of Marine and Atmospheric Sciences (SoMAS) at Stony Brook University (SBU), and an adjunct professor in the Department of Atmospheric and Oceanic Sciences at McGill University. “Current atmospheric monitoring and warning systems are not sufficient to predict the urban microclimate. Advances in distributed remote-sensing networks, numerical meteorological models, and high-performance computing are needed to improve local weather forecasting capabilities.”

In September 2018, Brookhaven Lab deployed a new truck-based mobile laboratory as part of the observational capabilities of CMAS. This mobile laboratory is equipped with several state-of-the-art sensors to measure winds, precipitation, air quality, and other atmospheric variables. Over the next several years, the truck will travel to various urban and coastal areas along the Northeast megalopolis—the area extending from Boston to Washington, DC—to collect atmospheric data in support of urban dispersion and offshore wind studies.

“The atmospheric data collected by the research truck will advance our understanding of the complex interactions between humans and urban environments and how such interactions impact the microclimate of those environments,” said Kollias. “The mobile lab will bring measurement capabilities into areas with limited accessibility, and the data obtained on urban atmospheric processes will support the development of predictive models at all scales.”