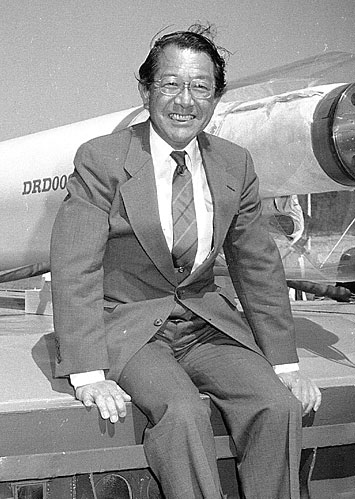 To honor Ozaki and recognize his extraordinary international contributions to accelerator and particle physics, a new program has been established to encourage and fund the exchange of graduate students between the United States and Japan. The program, funded jointly by the U.S. and Japan, will help strengthen scientific collaborations between the two nations while helping to build the next generation of scientists.

“We are glad to host the Ozaki Exchange Program, to not only recognize Satoshi’s contributions to science, but also to foster collaborations between the U.S. and Japan for the next generation," said Hong Ma, Chair of Brookhaven Lab's Physics Department.

All graduate students enrolled—or undergraduate students already accepted for enrollment—in accredited Japanese or U.S. physics Ph.D. programs are eligible to submit a proposal. Each year, up to five proposals will be selected and recommended for funding in Japan and up to five will be selected and recommended for funding in the United States. Japanese students submitting proposals for research in the U.S. must have a faculty or staff mentor from one of several DOE national laboratories included in the program where the research will be carried out. Similarly, U.S. students submitting proposals for research in Japan must have a faculty mentor at an institution affiliated with Japan’s High Energy Accelerator Research Organization, KEK. The application process in the U.S. and Japan will be managed by Brookhaven Lab and KEK, respectively.

Learn more about Satoshi Ozaki’s contributions to science at Brookhaven Lab and in Japan and get details about the exchange program, including how to apply, here:  www.bnl.gov/ozaki