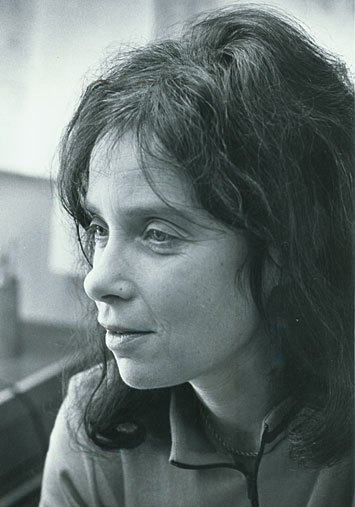 Applications are now being accepted for the 2019 Renate W. Chasman Scholarship for Women, awarded by Brookhaven Women in Science (BWIS) at the U.S. Department of Energy’s Brookhaven National Laboratory. This year the award is $2,500, which includes generous contributions of $1,000 by the Long Island Section of the American Nuclear Society and $500 by the Lab’s National Synchrotron Light Source II (NSLS-II).

The Chasman Scholarship encourages women to pursue careers in the STEM disciplines (science, technology, engineering or mathematics). The award honors the memory and scientific contributions of Renate Chasman (1932-1977), a noted physicist at Brookhaven Lab. Her work influenced the design of particle accelerators around the world, including Brookhaven’s NSLS and its successor, NSLS-II, a $912 million state-of-the-art facility that became operational in 2015.

The award ceremony and talk by the recipient will be part of the NSLS-II/Center for Functional Nanomaterials users’ meeting in May 2019. The date, time, and location will be announced in the new year.

BWIS is a not-for-profit organization dedicated to promoting the advancement of women in scientific and technical careers. BWIS established the Chasman scholarship in 1986.

The scholarship is limited to women.
Candidates must receive their degree not prior to May 2019.
Candidates must be graduate students at an accredited educational institution doing research at Brookhaven National Laboratory in the STEM disciplines.

The application deadline is Jan. 30, 2019.
The Application form can be found on the BWIS scholarship web page.

“The Chasman Scholarship commemorates one of the pioneers in research at Brookhaven National Lab. And the committee and all of BWIS look forward to selecting the 2019 recipient of this prestigious award,” said committee officer Wai-Lin Ng. “We’re especially grateful to the Long Island American Nuclear Society (LIANS) for its generous contribution to enhance the award, with a special thanks to LIANS President Katherine Bachner, of the Lab’s Non-proliferation and National Security Department, and LIANS Vice President Ed Sierra, of the Lab’s Quality Management Office, and also Qun Shen, Deputy Director for Science at NSLS-II, for their generous support.”