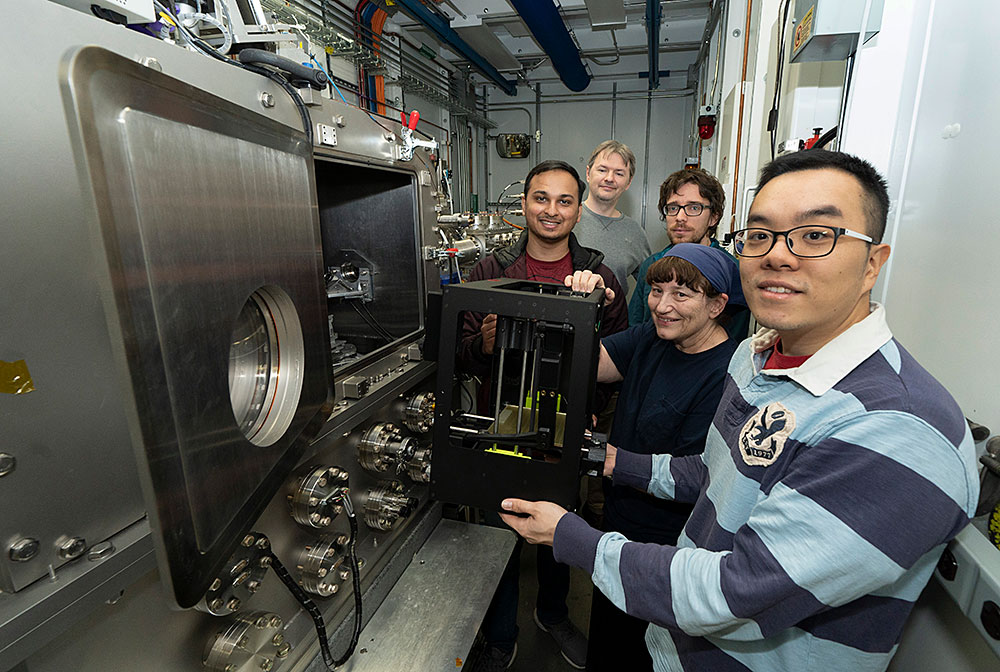 A team of scientists working at the National Synchrotron Light Source II (NSLS-II) at the U.S. Department of Energy’s (DOE’s) Brookhaven National Laboratory has designed an apparatus that can take simultaneous temperature and x-ray scattering measurements of a 3D printing process in real time, and have used it to gather information that may improve finished 3D products made from a large variety of plastics. This study could broaden the scope of the printing process in the manufacturing industry and is also an important step forward for Brookhaven Lab and Stony Brook University’s collaborative advanced manufacturing program.

The researchers were studying a 3D printing method called fused filament fabrication, now better known as material extrusion. In material extrusion, filaments of a thermoplastic—a polymer that softens when heated and hardens when cooled—are melted and deposited in many thin layers to build a finished structure. This approach is often called “additive” manufacturing because the layers add up to produce the final product.

“Additive manufacturing is a rapidly emerging technology and, until fairly recently, improvements were being made empirically—and often inefficiently. It was the Wild West of technology,” said a member of the research team, Miriam Rafailovich, a Distinguished Professor at Stony Brook and director of The Garcia Center for Polymers at Engineered Interfaces in Stony Brook’s Department of Materials Science and Engineering.

She continued, “The field is now maturing and those involved realize that it is important to quantify both the procedures and the outcome in order to ensure reproducibility among printed devices—that they meet standards for size, for example—and enable those standards to be validated. This is not trivial, and our study is a step toward this goal.”

During material extrusion, each layer is subjected to high heat and high shear—a state of mechanical stress that makes the layer want to distort—when deposited by a hot moving nozzle. Then the printed layer is heated again, but without shear, as the nozzle adds another layer on top of it. As the layers build, this process causes significant temperature and mechanical irregularities that differ from layer to layer, and even within a single layer.

Some materials are very sensitive to these irregularities, leading to a printed product that lacks structural integrity. These materials include semi-crystalline polymers, which have areas where the polymer chains are organized and tightly packed. These areas vary in shape and size. 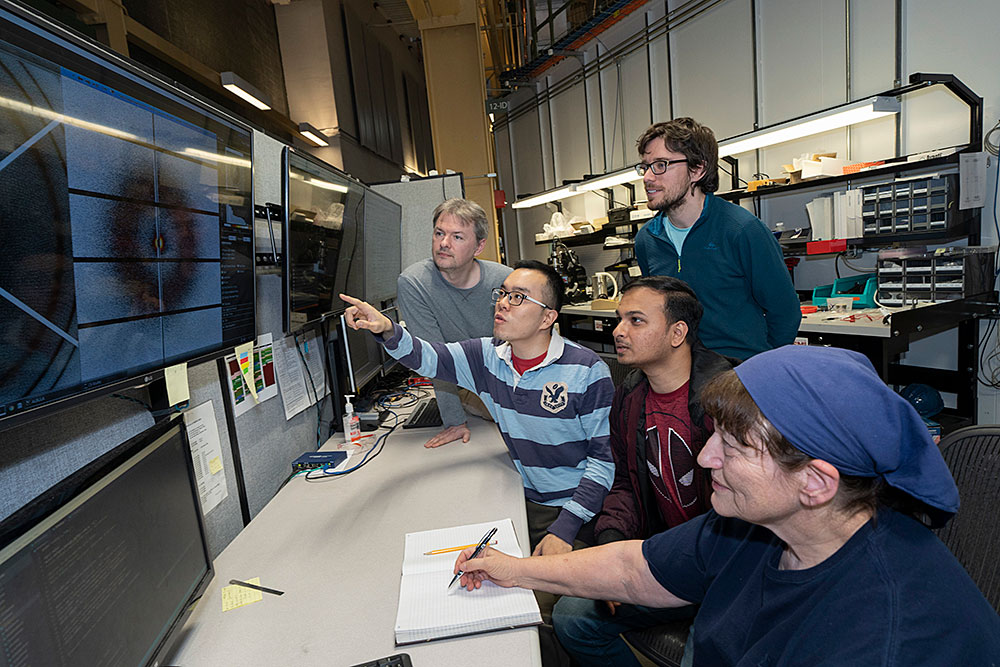 To understand how the deposition method affects the finished product’s properties, the researchers followed the printing process by gathering simultaneous temperature data and x-ray scattering data at the Soft Matter Interfaces (SMI) beamline at NSLS-II. They were taking advantage of the x-ray microbeam available at SMI, which can yield structural details down to a resolution of several micrometers, or several millionths of a meter. In this case, it allowed the researchers to probe the interior structures of the filaments while the layers were being deposited.

“One of the biggest challenges we faced was installing the 3D printer directly in the path of the x-ray beam together with a slightly offset infrared thermal camera so that the temperature and high-resolution scattering spectrum could be measured simultaneously,” explained the paper’s lead author, Yuval Shmueli, a researcher in the Materials Science and Engineering Department at Stony Brook. “The x-ray microbeam combined with three detectors—for small, medium, and wide scattering angles—enabled us to gather high-resolution spatial morphological data on the printed structure as it was being printed.”

He and the group found that the shear induced by the nozzle can create “shish kebab” structures in filaments of polypropylene, a well-studied semi-crystalline thermoplastic polymer. The “shish” components are long fibrous structures that connect the “kebabs,” which are disk-like.

Analyzing the x-ray scattering data revealed a lot of information into how the shish kebabs evolved. For example, the group found that they nucleate at the surface of the filament and then propagate inward, toward the filament core. When the second layer is printed, the polymer chains relax and diffuse across the interface between the already-printed layer and the being-printed layer. This causes the filaments to nearly completely fuse together.

When the group correlated their results with subsequent mechanical measurements, they found that the finished 3D products have excellent mechanical properties, rivaling those of products created using molds.

Some of the wide-angle x-ray scattering work involved in this study was performed at the Advanced Photon Source (APS) at Argonne National Laboratory.

“We were fortunate to have access to the sophisticated instrumentation available at NSLS-II and APS, which enabled us to make simultaneous measurements on multiple instruments, with excellent time and spatial resolution,” said Rafailovich.

“We hope that, following this work, more materials can be investigated in this manner for improving the 3D printing process and having better and more comprehensive insights on it,” added Shmueli.

The work is described in the September 19, 2019, online edition of Applied Materials & Interfaces.

NSLS-II and the APS are both DOE Office of Science User Facilities.