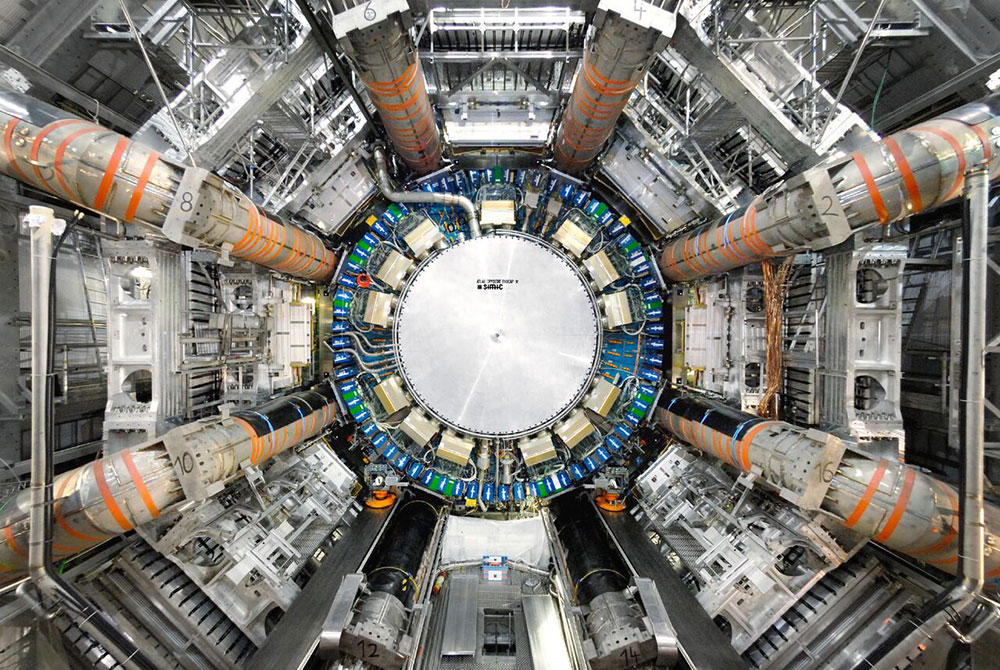 The ATLAS detector at the Large Hadron Collider, located at the European Organization for Nuclear Research (CERN) laboratory. (Credit: CERN)

A new paper by the ATLAS collaboration at the Large Hadron Collider (LHC) at the European Organization for Nuclear Research (CERN) provides evidence that two different types of leptons interact in a universal way with particles called W bosons. This result, just published in Nature, supports “lepton flavor universality,” a key prediction of the Standard Model of particle physics.

The Standard Model of particle physics is the reigning theory describing all known particles and their interactions. It includes three flavors of leptons: the familiar electron—which is central to our understanding of electricity—and two heavier cousins known as muons and tau particles. According to the Standard Model, each of these leptons should “couple,” or interact, with a W boson with equal strength, commonly referred to as lepton-flavor universality.

Finding an experimental result in agreement with that longstanding prediction may not seem all that newsworthy. But decades ago, experiments at the LHC’s predecessor—the Large Electron-Positron (LEP) collider—had reported a hint of a discrepancy in the way muon and tau leptons behaved. That result, from the 1990s, generated tension with the Standard Model. 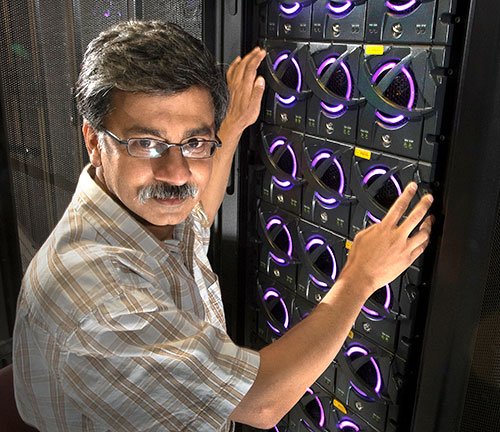 “The new ATLAS measurement, which has significantly higher precision than the LEP experiments, resolves the decades-old tension,” said Srini Rajagopalan, Program Manager for U.S. ATLAS and a physicist at the U.S. Department of Energy’s (DOE) Brookhaven National Laboratory. “It is an important measurement to demonstrate that different types of leptons behave in the same way.”

Brookhaven Lab serves as the U.S. host laboratory for the ATLAS experiment. Brookhaven scientists play multiple roles in this international collaboration, from construction and project management to data storage, distribution, and analysis.

The ATLAS team’s motivation for using the powerful LHC to study leptons’ interactions with the W boson stems from the earlier discrepancy at LEP, which was also located at CERN.

LEP collided electrons and their anti-particles (positrons). These collisions provided a very clean environment for precision measurements of particle interactions and properties. The experiments measured a discrepancy in the frequency with which W bosons decayed to muon and tau leptons. The discrepancy suggested there was a difference in the strength of the W boson interactions with these two different flavor leptons—a violation of lepton flavor universality. But LEP produced a relatively low number of W bosons, which limited the measurement’s statistical precision.

The LHC, in contrast, collides high-energy protons. Compared with simple electrons and positrons, protons are more complex composite particles. Each proton is made of many quarks and gluons and each collision between two of these composite particles produces many different types of particles. But among the multitudes, more than 100 million of these collisions produce pairs of so-called top quarks, which readily decay into pairs of W bosons, and subsequently, in some cases, into leptons. Thus, the LHC provides a huge dataset for measuring W boson-to-lepton decays/interactions.

But there’s an added challenge: Some muons come directly from the decay of W bosons; and some come from a tau lepton itself decaying into a muon plus two invisible particles called neutrinos. Fortunately, these two sources of muons have different lifetimes, which lead to different signatures in the detector. 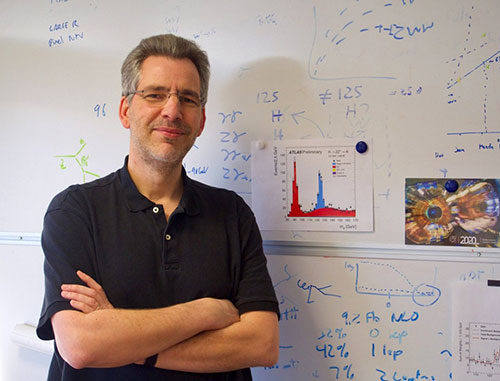 ATLAS is sensitive enough to search for these unique signatures and cancel out additional uncertainties in the process—a key feature that enables the high precision of the measurement.

“This is a beautiful result that demonstrates that we can perform precision tests at the LHC, thanks to the huge datasets collected and the well-understood detector performance,” said ATLAS Physics Coordinator Stephane Willocq, a physicist at the University of Massachusetts at Amherst.

The new result gives the ratio of a W boson decaying to a tau or muon to be very close to 1. Such a measurement signifies that the decay to each lepton occurs with equal frequency implying that Ws couple with each lepton with equal strength—just as the Standard Model predicts. With an uncertainty half the size of the LEP measurement, this new high-precision ATLAS measurement suggests the earlier tension between experiment and theory may have been due to a fluctuation.

Brookhaven Lab’s role in this research was funded by the DOE Office of Science.