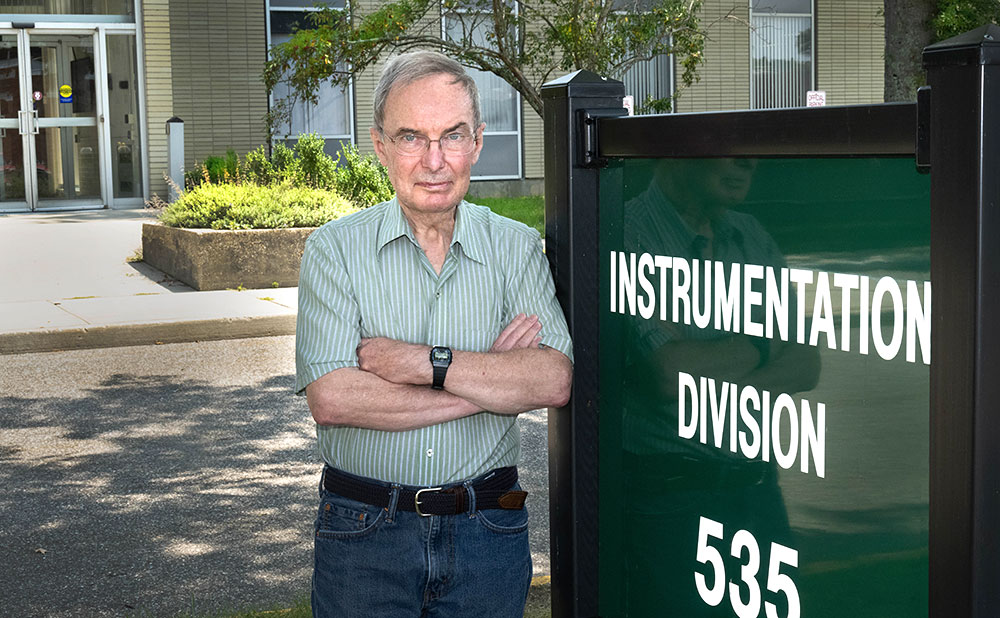 UPTON, NY–Graham Smith, a senior physicist in the Instrumentation Division at the U.S. Department of Energy’s Brookhaven National Laboratory, has been chosen as an “Inventor of the Year” by global science and technology organization Battelle.

In collaboration with Stony Brook University, Battelle manages Brookhaven Lab through the company Brookhaven Science Associates. The annual awards recognize individuals who have made significant scientific or engineering contributions with important societal or financial impacts.

Smith is recognized for his work on advanced gas-filled radiation detectors, in particular devices that use helium-3 for sensing thermal neutrons. His research led to devices with the highest accuracy for energy and position resolution for thermal neutrons, and which have been used in successful DOE projects and Strategic Partnership Projects, collectively valued at more than $5 million over the last two decades.

“I am honored to have been selected for this award,” said Smith, who leads the Instrumentation Division’s Gas and Liquid Detector group. “It is a reflection of the outstanding work of the members of my group and the excellent technical capabilities in the division as a whole. We’re probing the fundamental laws of nature and we’re building instruments that are capable of making measurements that could not have been done before.”

The detectors Smith and his group developed are recognized by neutron scattering scientists as the “gold standard” for imaging with thermal and cold neutrons to advance the study of protein molecular structure, to develop high-performance batteries and to improve nuclear-based techniques in food materials science and health. Smith and his group also provided neutron detectors for national security field trials.

Helium-3 provides an advantage over other elements in nature that have an affinity for absorbing thermal neutrons, Smith said. It’s very insensitive to anything other than thermal neutrons, which is especially important when radiation detectors are used in experiments that are looking for a very weak signal of thermal neutrons amidst background noise.

“Graham is most deserving of this award,” said Instrumentation Division Director Gabriella Carini. “He is a world-renowned expert in neutron detectors: a great innovator who has made significant and original contributions to this field. The ‘gold standards’ set by the neutron detectors developed by him are testaments to his critical and forward thinking, in-depth knowledge of the field, and meticulous attention to details.”

The Instrumentation Division, part of the Advanced Technology Research Office at Brookhaven Lab, creates customized solutions to instrumentation challenges —from detectors probing for fundamental particles created in the formation of the universe to quantum networks for the internet of the future. Smith served as division head from 2012 to 2017.

Smith earned a Ph.D. in physics from Durham University, England, in 1974, followed by a research associateship at Leicester University, England. He joined Brookhaven’s Instrumentation Division in 1982 and is now a senior physicist with tenure. He is a Life Fellow of the Institute of Electrical and Electronics Engineers.