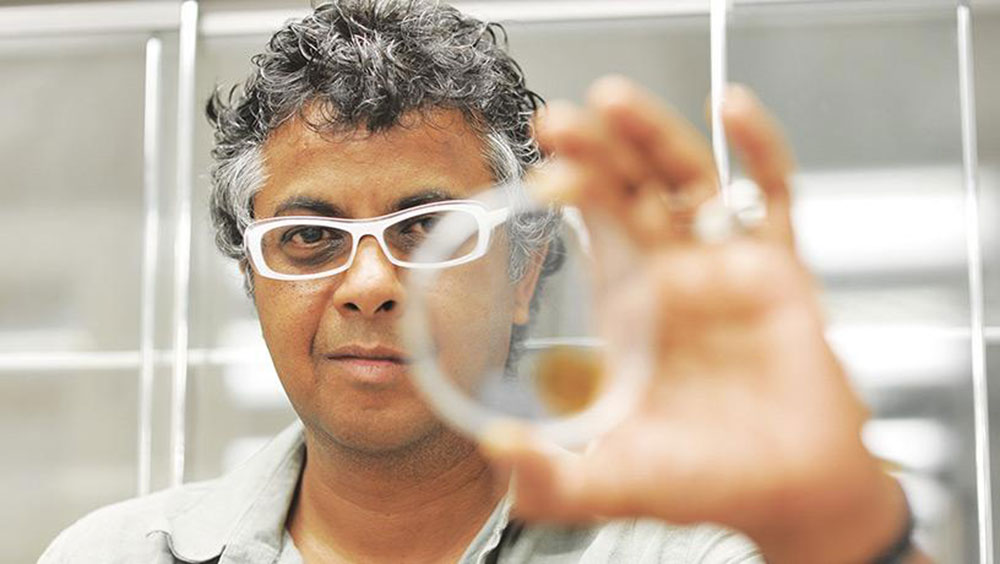 Sanat K. Kumar, Bykhovsky Professor of Chemical Engineering at Columbia University, who began a joint appointment with the Computational Science Initiative (CSI) at the U.S. Department of Energy’s Brookhaven National Laboratory in 2021, was awarded the 2022 American Physical Society (APS) Polymer Physics Prize for his “fundamental experimental, simulatory, and theoretical contributions to understanding structure, assembly, and dynamics in polymer nanocomposites and thin films.” Kumar and 29 other APS Honor Recipients are being fêted with a ceremony at the Marriott Marquis Chicago during the APS Physics March Meeting on March 14, 2022.

While the APS Polymer Physics Prize represents the most prestigious honor in the field, Kumar brings a wealth of computational expertise concerning soft condensed matter systems—liquids and polymers that can be structurally altered by temperature fluctuations, like heat—to his appointment with CSI’s High Performance Computing group. His experience, especially with synthetic polymer materials, was welcomed as a boon to expand CSI’s computational and modeling/simulation capabilities in these research areas. Notably, synthetic polymers often are derived from petroleum and include many commonly used materials such as HDPE (high-density polyethylene), PS (polystyrene), and PET (polyethylene terephthalate), as well as nylon and nonstick Teflon.

“Sanat Kumar’s work with soft condensed matter systems has long blended experimental and theoretical research with progressive computational modeling and simulation,” said CSI Director Kerstin Kleese van Dam. “This impressive history combining polymer research and computing, including the first-ever computer simulations of confined polymers, is just one reason why Sanat has been a welcome and complementary addition to Brookhaven Lab CSI and the HPC group. His APS Polymer Physics Prize marks yet another well-earned honor. Congratulations to Sanat and all of the APS Honor Recipients on such a prestigious achievement.”

In addition to being honored at the APS Prizes and Awards Ceremony, Kumar will deliver an award lecture, “Controlling Nanoparticle Ordering by Directional Polymer Crystallization,” on March 15, 2022 during the APS March Meeting’s Polymer Physics Prize session. The talk will focus on work using a zone annealing method to reorder and reorient nanoparticle assemblies, as well as introduce a theoretical framework that can model the directional crystallization of polymers and variables that control them.

Kumar earned his Chemical Engineering BTech degree from the Indian Institute of Technology, Madras (1981) followed by SM (1984) and ScD (1987) degrees from the Massachusetts Institute of Technology. He joined the Columbia Engineering faculty in 2006 and became a joint appointee with Brookhaven Lab CSI in 2021. His current research focuses on hybrid inorganic-organic composite materials, ranging from enunciating their fundamentals to their application in various critical sustainability contexts (gas/water separations).