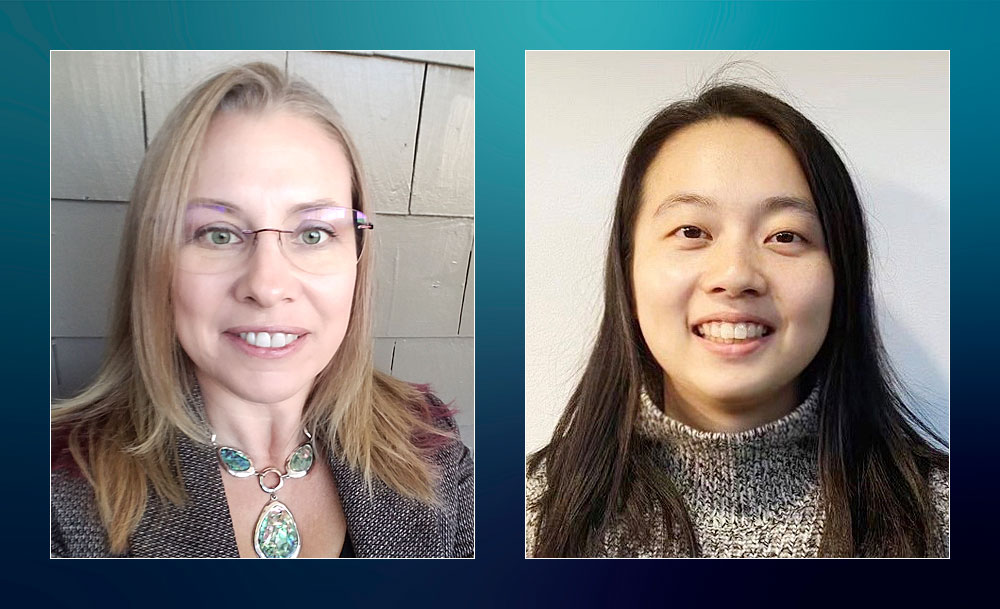 Brookhaven Women in Science (BWIS) has named Xiaoyang Liu and Lynne LaRochelle-Richard the 2022 recipients of the Renate W. Chasman Award. The award ceremony will be held Wednesday, June 22, at 1 p.m. via Zoom videoconference. All are invited. Following the ceremony, Liu and LaRochelle-Richard will give talks about their work.

The Chasman Award encourages women to pursue careers in the science, technology, engineering, or mathematics (STEM) fields and honors the memory and scientific contributions of Renate Chasman (1932-1977), a noted physicist at Brookhaven National Laboratory. Her work influenced the design of particle accelerators around the world, including Brookhaven’s National Synchrotron Light Source (NSLS) and its successor, NSLS-II.

La Rochelle-Richard and Liu will each receive $2,750. This year’s awards are funded by Brookhaven Science Associates (BSA), the company that operates Brookhaven Lab on behalf of the U.S. Department of Energy, as well as generous contributions from the Long Island Section of the American Nuclear Society (LIANS), the Lab’s Nuclear and Particle Physics (NPP) Directorate, NSLS-II, the NSLS-II Users Executive Committee, the Center for Functional Nanomaterials (CFN) Users Executive Committee, and the Advanced Technology Research Office. 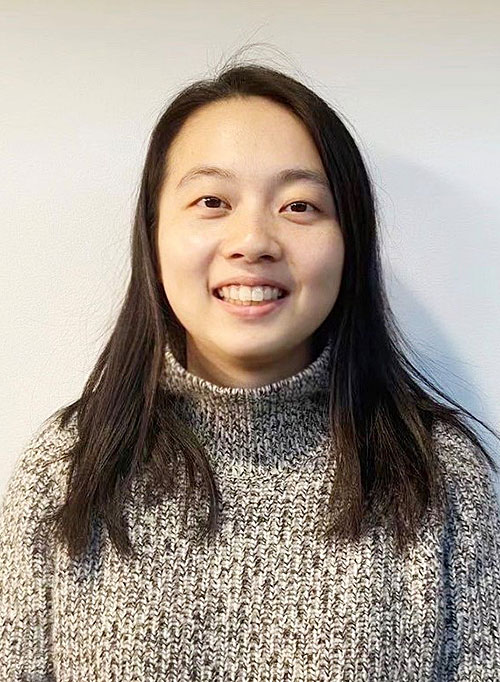 Xiaoyang Liu is a Ph.D. candidate in Prof. Yu-chen Karen Chen-Wiegart’s group in the Department of Materials Science and Chemical Engineering at Stony Brook University. She earned her master’s degree from Stony Brook University in 2018 and bachelor’s degree from Hubei University in China in 2016. Her research focuses on understanding the formation mechanisms of environmentally-friendly anti-corrosion coatings, and the kinetics of alloy materials corrosion in molten salts for sustainable energy applications as part of the Molten Salt in Extreme Environments (MSEE) Energy Frontier Research Center (EFRC), led by Dr. James Wishart at BNL.

In her Ph.D. studies, Liu combines electron and synchrotron X-ray techniques at the CFN and NSLS-II at BNL to understand the morphologies and chemical compositions of different anti-corrosion coatings to understand the role of inorganic and organic components. In addition, she is applying in situ multi-modal synchrotron X-ray techniques (3D imaging, spectroscopy, and diffraction) to characterize the morphological, structural and chemical changes of alloys when they are in contact with molten salts, in order to understand the interplay between diffusion and reactivity in corrosion processes at molten salt-metal interfaces.

For Liu, it is important to understand the underlying mechanisms of how materials evolve, both during the formation process and under operating conditions. Such knowledge enables the design of materials with better performance. Her career goals are to continue studying materials in extreme environments for sustainable technologies and to develop advanced characterization methods.

Liu looks for opportunities to share her love of science and her research interests, conducting beamline tours, volunteering in the Lab’s Summer Sundays program at NSLS-II, talking with kids about “the beauty of science,” and overall sharing how her research can benefit society.

“I am grateful to receive the 2022 Renate W. Chasman Award,” Liu said. “I would like to thank BWIS, the sponsors and the award committee for arranging the award. The advanced research user facilities like NSLS-II and CFN provide various resources and support from the experts for my research. I enjoy the open, collaborative, and diverse research environments at Brookhaven. I am thankful to my supervisor and collaborators who always support and encourage me when I am in difficult situations, building my confidence to be a woman in science.” 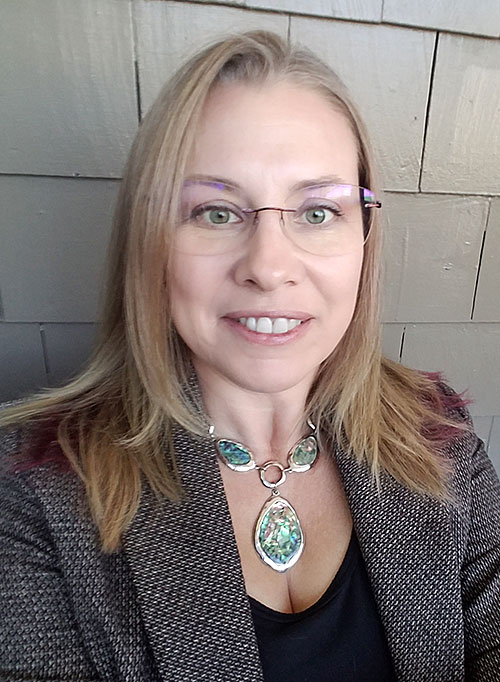 Lynne LaRochelle-Richard holds a master’s degree in inorganic chemistry from the University of Pennsylvania, where she co-authored several papers and published a thesis on the catalytic, asymmetric addition of diethylzinc to ketones. She received her bachelor’s from the University of Delaware and wrote her thesis on a di-copper hemocyanin model complex. She is currently completing a chemistry Ph.D. at Northeastern University in Sanjeev Mukerjee’s group after a fifteen-year hiatus in the public and private sectors. Prior to starting her Ph.D. studies, she taught physical science and chemistry in the New York City metro area. Later, she worked in R&D and technical service for an engineering company that produces specialty carbon blacks for many markets, including fuel cells and batteries. Experiences there fueled her interest in materials for renewable energy. She returned to academia to focus on this area. Her Ph.D. research is on iron- and cobalt-based carbon supported catalysts for the oxygen reduction reaction in automotive fuel cells. This work involves both catalyst synthesis and electrochemical studies aimed at understanding how these catalysts interact with oxygen.

Both iron- and cobalt-based materials have promising catalytic activity, but have serious problems with durability. Despite being next-door neighbors on the periodic table and being in similar chemical environments, they appear to catalyze the oxygen reduction reaction quite differently. Gaining mechanistic insight into the catalysis will aid in the design of more durable low-cost catalysts. Along with establishment of environmentally friendly hydrogen production and infrastructure, production of low-cost fuel cell catalysts is needed for fuel cell technology to make a significant difference in global carbon emission from vehicular traffic. The driving question for LaRochelle-Richard’s research is “what is the trigger for the onset of catalysis in cobalt-based carbon supported ORR (oxygen reduction reaction) catalysts?”

At Brookhaven’s NSLS-II, she performed in situ experiments at BMM and ISS beamlines. At BMM, she acquired XANES and EXAFS data for cobalt- and iron- doped catalysts in an electrochemical cell. By comparing the spectra at different potentials, it is possible to evaluate changes in adsorbate coverage as well as changes in metal oxidation state. Iron based catalysts have a well-documented and obvious oxidation state change over the oxygen reduction reaction potential region, but cobalt has little evidence of oxidation state change. However, there are molecular precedents for room temperature spin crossover in cobalt catalysts in similar local chemical environments. Is the trigger for the onset of catalysis spin-crossover? Spoiler: it’s not. At ISS, she combined HERFD XAS and K-beta XES to obtain higher resolution on the XANES region and investigate changes in the spin state of cobalt. Interestingly, the results support a model in which oxygen has minimal interaction with cobalt in the catalyst.

“Receiving the Renate Chasman award is a high honor for me. It is humbling to think of the brilliance of Chasman, and women like her, whose love for science drove them to persist in discouraging environments,” LaRochelle-Richard said. “Being a woman in science decades ago required brilliance and unusual tenacity. Thanks to the persistence of the brilliant woman scientists of the past, it no longer requires brilliance to participate. That’s where I come in. I am so grateful that not only have I been able to do science at Brookhaven, but that there is active encouragement for women to participate. This award symbolizes that encouragement. And for the record, it’s working. One night as I was walking the ring at NSLS-II to stay awake, I noticed that there were as many women as men.”

"I would like to thank all the sponsors that generously contributed and made it possible to have two awards to support women pursuing their careers in STEM areas," Chamizo-Llatas said. "I would also like to thank the review committee members, Diane Cabelli, David Schlyer, Raymond Fliller and Viviana Cavaliere, for the difficult task to evaluate the applications and select the two top candidates, Lynne LaRochelle-Richard and Xiaoyang Liu. And also a big thanks to Ed Sierra co-officer of the Chasman award for his work during the whole process."

“I am privileged to play a part in the facilitation of this year’s Chasman Award,” Sierra said. “I would like to thank Maria Chamizo-Llatas for her steadfast leadership, Chris Weaver, of the Information Technology Division, for his support in managing the applicant data, and the Lab’s world-class scientists who collaborated on the identification of the Chasman Award winners. While working at their respective universities and at the Lab, the Chasman Award winners came to know their gifts and what they love to do; they have bright futures in science.”

BWIS, a nonprofit organization that supports and encourages the advancement of women in science and is open to all individuals, is funded by Brookhaven Science Associates, the company that operates Brookhaven National Laboratory on behalf of the U.S. Department of Energy’s Office of Science.