The U.S.’s electrical transmission and distribution system currently sees losses that range from eight to 11 percent, most of which occurs in the distribution system, the part that delivers electricity to homes, commercial businesses, and industry. One goal of the emerging “Smart Grid” under development at Brookhaven and elsewhere is to reduce those losses by as much as 50 percent. 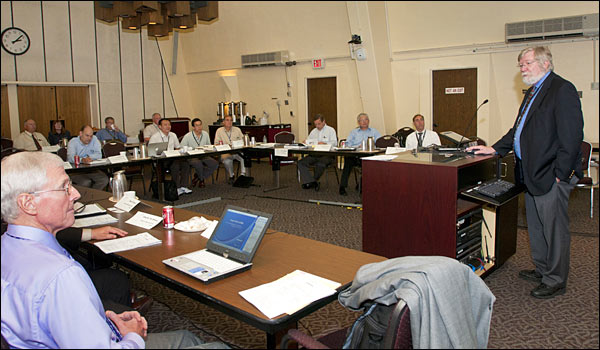 The technology, the Integrated System Model/Distributed Engineering Workstation (ISM/Dew) was developed by Robert Broadwater from Virginia Tech through Electrical Distribution Design. Broadwater demonstrated the capabilities of the technology through simulations of various utility scenarios during the meeting’s afternoon session.

Stephanie Hamilton, manager of BNL’s Smart Grid R&D program, explained that “the ISM/Dew technology allows the grid to move from a static mode, where you plan around a single data point, to having 8,760 of them — which is every hour, 24 hours a day for a full year. This technology can compile the data very quickly, taking into account all the different components on the utility grid, including poles and wires.” 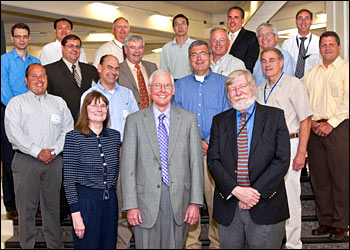 A primary purpose of the Smart Grid meeting was for New York State utilities to hear from others already using the technology. Representatives from Orange and Rockland Counties in New York, using ISM/Dew under a U.S. Department of Energy grant, and Silicon Valley Power in California both detailed how the modeling program has helped them improve reliability and reduce losses.

Brookhaven is currently assessing the technology for the Smart Grid, and is actively trying to engage local utilities in the conversation.

“If you want to add new components to the system or move a large customer from one circuit to another, this can help you anticipate what the effect is going to be on the overall grid,” Hamilton said. “It will allow utilities to go in and tweak their systems to bring them into balance and reduce their losses. Its ability to provide hourly data points for the entire year and its computational speed are the principal reasons why it may be a technology that will help the grid become ‘smarter.’”

Hamilton noted that Silicon Valley Power, which services companies like Google and Yahoo, has the highest reliability in the U.S. for a utility — the least number of hours out of power in their transmission and distribution area.

“It was a great meeting and the utilities felt as though the meeting was worthwhile,” Stokes said. “We are now looking to develop a topic for another meeting in October on a different aspect of the Smart Grid.”