Alexandra McHale, a senior at Smithtown High School East, and Ariella and Eliana Applebaum, twin sisters who are juniors at Ma’ayanot Yeshiva High School for Girls in Teaneck, New Jersey, credit Brookhaven Lab with providing them with the crucial expertise and facilities needed to become regional winners in the 2011-2012 Siemens Competition in Math, Science & Technology.


McHale is one of 96 regional finalists in the nation chosen from 2,436 students who submitted 1,542 projects. She won $1,000 for her project, titled “Element Analysis of Zea Mays var. Rugosa (Sweet Corn) Plant and its Soil Using X-ray Spectroscopy. ” Finalists have the opportunity to compete in one of six regional events, so McHale plans to do so on November 18-19 at Carnegie Mellon University. If she is a finalist in that competition, she will win $3,000 and advance to compete in the national finals, where $500,000 in scholarships will be awarded, including two top prizes of $100,000.

McHale first got acquainted with BNL through its annual Science and Society Essay Contest, administered by the Lab’s Office of Educational Programs (OEP). She entered the contest in 2010 and 2011 and won honorable mention in both years. Her science research teacher, Maria Zeitlin Trinkle, suggested that McHale apply for a mentor through BNL’s High School Research Program and facilitated her application, later contacting Scott Bronson, an educational programs administrator in OEP, about it. Recognizing McHale’s enthusiasm for learning and exceptional ability in science, Bronson placed her in the Lab’s six-week High School Research Program, in which she started to work this summer on her Siemens project at the National Synchrotron Light Source (NSLS) with mentoring from Syed Khalid, a scientist in Photon Sciences. 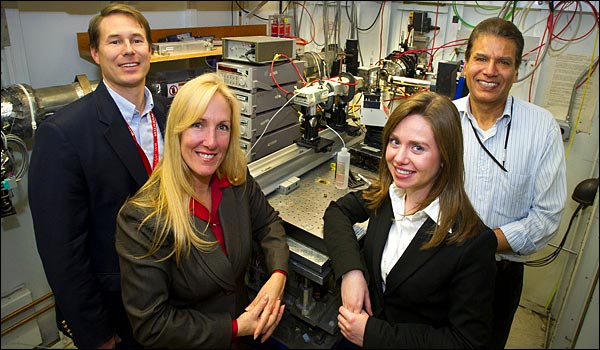 “In my project, I wanted to see if I could detect 12 different elements in the root, stem, leaf, and kernel of the corn plant and the soil in which it was grown, and if the concentration of each element would decrease as it traveled from the soil to various parts of the plant,” McHale said. “I used x-ray absorption spectroscopy to accomplish this task.”

“Alexandra worked very hard on her project,” Khalid said. “She picked up scientific techniques very fast and was able to work independently most of the time.”

McHale successfully used x-rays at the NSLS to establish the relative concentration of the dozen elements under study in the corn plant’s various parts as well as in the soil in which it grew. Among her findings, she showed that the corn kernel is a good source of potassium, iron and calcium, and although chromium, cobalt and nickel were present in the kernel, they were not in concentrations that would be considered harmful to health. Most of the elements traveled from the soil to the kernel. 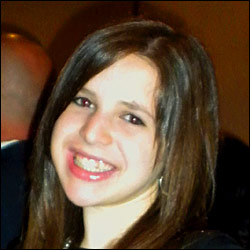 In her research summary, McHale points out that malnutrition cripples many developing countries, and an estimated 963 million people around the globe suffer from hunger on an ongoing basis. Applications of her research project include fortifying soil to increase the nutrients in corn and changing corn genetically so that it can supply inexpensive but very nutritious food to combat global hunger.

Ariella and Eliana Applebaum were among the 317 semifinalists in the national competition. While they do not have the opportunity to go on to compete for the $100,000 prize, they are still among a very select group of exceptionally talented science students. Their winning project is titled “Grow Your Own Power: Microalgae Biodiesel as a Renewable Energy Source and a Replacement in Residential Heating Oil.” 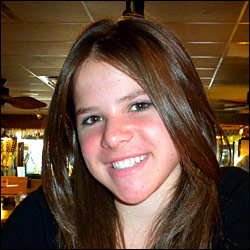 The Applebaums wanted to show that renewable fuel made from microalgae — organisms capable of taking waste carbon and converting it into natural oil — can be a viable alternative fuel for residential heating. They also proved that they can make the fuel themselves, with a little help from BNL.

“We found a supplier of algae on the Internet and decided to try to grow our own fuel,” Ariella Applebaum explained. “We grew microalgae in our basement using a homemade photo-bioreactor from recycled materials. Once we had enough algae, we dried it, and extracted the oil.”

The microalgae biodiesel was then burned in BNL’s residential boilers used for research, and emission and efficiency were compared to fossil fuel-derived diesel and soybean biodiesel. The Applebaums found that microalgae biodiesel burns as efficiently as both of the other fuels tested with fewer toxic emissions and similar costs.

“I was impressed with Ariella’s and Eliana’s resourcefulness in growing algae and separating oil from algae,” Butcher said. “Their project is very innovative.

The Applebaums concluded that homegrown microalgae biodiesel can be produced locally with low-tech equipment and recycled supplies at competitive costs thereby decreasing dependence on foreign oil.