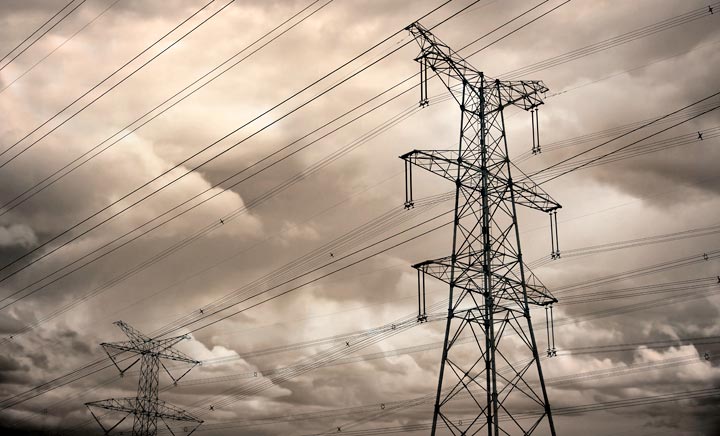 Following two weather-related cancellations within six months, Brookhaven's onsite workshop for utility planners to explore the advantages of using Probabilistic Risk Assessment (PRA) in their decision-making processes was convened as a three-hour webinar in late April. Participants heard presentations from four speakers experienced in using PRA to plan for future emergencies caused by weather and other inevitable, if similarly unpredictable, circumstances.

Although PRA is gaining traction in the United State and Canada, utilities have historically used the "deterministic" method in planning for emergencies and other occurrences.

"The deterministic approach has been viewed for many years as easier to implement because you have less to worry about," said Meng Yue of Brookhaven's Sustainable Energy Department. "You pretend you know everything for sure —weather, tomorrow's load condition, other things that may or may not happen. But they don't consider the probability of such things happening."

"Risk is basically probability multiplied by its consequence."

"If probability plays a role, then it's going to change the dynamics of your decision-making process, " he said. "The probabilistic approach says you have to consider not only the consequence but also the probability or likelihood of something happening. Risk is basically probability multiplied by its consequence."

The advantages of PRA were enumerated by the first webinar speaker, Maine Public Utilities Commission staff member Denis Bergeron, who said that PRA is an increasingly valuable planning tool.  It assists analysis of intermittent generation on the grid, and can bridge what may seem to be competing mandates to transmission planning. It also enables prioritization of various system challenges.

"Capital is limited and too much construction at one time poses logistical limits, " he said. "We need to be able to deal with the most pressing problems first."

A new modeling technology is being used in several locations to reduce energy losses within the distribution system, which could substantially mitigate the consequences of catastrophic events that cause electrical outages. Presenter Danling Cheng works on the Integrated System Model/Distributed Engineering Workstation developed by Robert Broadwater from Virginia Tech through Electrical Distribution Design (EDD).  The technology can compile data very quickly, taking into account all the different components on the utility grid, including poles and wires.

Cheng's talk focused on modeling of storm impacts on the grid using Monte Carlo simulation, a computerized mathematical technique that provides planners with a range of possible outcomes and the probabilities they will occur for any choice of action.

Cheng discussed both the effects of automation on storm restoration and evaluation of operating costs.

"The grid is vulnerable in all seasons, and the costs of restoration is huge," she said.

For a given failure, manual switching assumes it will take one hour for a crew to operate the first switch and 15 minutes for each additional switch, she said. Their models that include automated switching and are classified by storm type (determined by temperature and wind speed), show utility savings of millions of dollars over a 10-year period, she said.

EDD has built such models for Orange and Rockland Utilities (ORU) in upstate New York.

Peak demand load growth in Central and South Vancouver Island resulted in the existing system becoming overloaded during times of heavy usage when a single  failure occurred in the electrical system. A remedial action scheme was installed in the 1990s, which deferred the need to upgrade the central transmission system, but continued demand growth meant that scheme was no longer effective during peak usage times.  Analyzing five different alternatives, BC Hydro used the probabilistic method to find the best reinforcement solution. Wangdee emphasized that in this case, there was no conflict between deterministic planning and the probabilistic method.  PRA merely helped strike a balance between cost and reliability.

Curt Dahl from LIPA is in charge of generation resource planning.  In the webinar's final presentation, he spoke about PRA considerations in resource adequacy, defined as the ability of the electrical system to meet the electrical demand and energy requirements of customers at all times, taking into account scheduled and reasonably expected unscheduled outages of system elements. In New York, recognized as a leader in this area, resource adequacy is based on a criterion for Loss of Load Expectation – the probability that a system demand will exceed the generating capacity — on one day in 10 years.

In planning for the future, Dahl and his colleagues will have to determine how much more generation will be needed, and what kind of generation to choose. Adding renewable sources of energy to the models adds even more uncertainly to the system.

Integration of renewables is a new driver in favor of the PRA planning method.

"Smart grid and renewable energy projects are going to add more uncertainty to the system," Yue said. "With solar, things can change any time a cloud passes by, and it's going to change the output. With wind, the speed is going to be different from minute to minute. With more uncertainties in the system, it will be more difficult to plan wisely if you still use the deterministic approach. "

"Uncertainty in utility control is not like it used to be," added Brookhaven's Smart Grid Program Manager Stephanie Hamilton. "You could pretty much keep your system running based on what you expected out of your generation. You'd have blips now and then, but now with these new sources it's much more uncertain."

The workshop was organized by Hamilton, along with Meng Yue and Alessandra Colli from the Sustainable Energy Department within the Global and Regional Solutions Directorate (GARS).  Maria Ohlsen from GARS provided conference support, and Long Island Power Authority (LIPA) staff provided the utility perspective for the team, which included Predrag Vujovic and Polina Adelson.

Brookhaven plans to host more PRA webinars as well as meetings on related topics, starting with a workshop titled "Modeling the Smart Grid" scheduled for July 9-10.