Renowned paleoanthropologist Richard Leakey will speak at Stony Brook University (SBU), Oct. 15, 2014, at 5 p.m. in the Charles B. Wang Center Theater. Leakey will deliver the Provost’s Lecture, “Living Off the Grid with Good Access to Energy and Water.” His appearance is co-sponsored by Brookhaven National Laboratory. 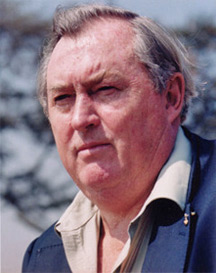 Paleoanthropologist, politician, explorer and environmentalist Richard Erskine Frere Leakey will deliver a Provost’s Lecture October 15 on the topic “Living Off the Grid with Good Access to Energy and Water.” The lecture will take place at 5 pm in the Charles B. Wang Center Theater.

Dr. Leakey is chair of the Turkana Basin Institute (TBI), and a professor of anthropology at Stony Brook University. He is also chair of WildlifeDirect Inc. and Transparency International Kenya, and the recipient of a multitude of awards including more than a dozen honorary doctorates from universities around the world. Together with his wife Meave and a number of talented and experienced Kenyan fossil hunters, Leakey’s team made an astounding number of significant finds throughout the 70s and 80s, including “Turkana Boy,” the extraordinary and nearly complete 1.6 million-year-old skeleton of a juvenile Homo erectus, and have provided the world with much of the evidence for human evolution.

In 2005, he outlined to Stony Brook University his concept to develop TBI, which would provide permanent infrastructure to enable year-round research in the remote Turkana Basin region. This dream has since been realized, and at present, TBI has two state-of-the-art research facilities on the east and west shores of Lake Turkana, and plays a crucial role in facilitating scientific research in this tremendously important part of the world. Richard was elected a Fellow of the Royal Society in 2007.

“Much of the world’s population lives off the grid and has little expectation of having grid services provided. If we are to address issues of fairness and security in much of the developing world, the challenge is to find ways for people to live off the grid at a reasonable standard of living and with reliable access to energy and water. Richard Leakey has lived off the grid for his entire life and has had good access to power and water. Beginning in 2008, the Turkana Basin Institute has constructed two facilities in the desert in northern Kenya to support research work in this remote part of sub-Saharan Africa. Each of the TBI facilities can accommodate about 100 people at any time (scientists, students and staff) and all have access to power and water. TBI can serve as an existence proof for technologies that can provide underserved populations and regions with access to energy and water when they are “off the grid”. TBI is also serving as a catalyst for construction of additional facilities such as large, top quality schools and a world-class science museum whose needs for power and water will require innovation and imagination.”