At the annual Employee Recognition Ceremony held on February 7 in Berkner Hall, 15 BNLers were honored with the Lab's highest awards: five received the Brookhaven Award, six, the Engineering & Computing Award, and four, the Science & Technology Award. Candidates are selected for the exceptional nature and difficulty level of their contributions as well as the benefit of the contributions to the Laboratory. 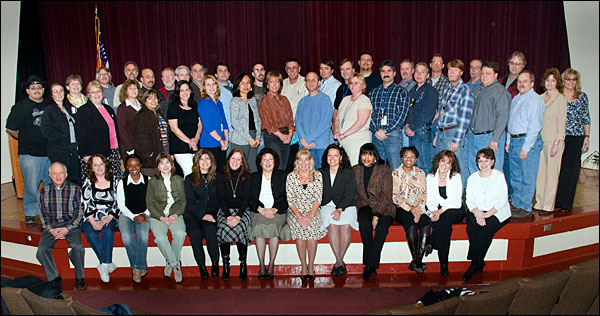 Also congratulated were 197 BNL Spotlight Award winners, cited For extending extraordinary efforts in response to the needs of their departments or divisions.