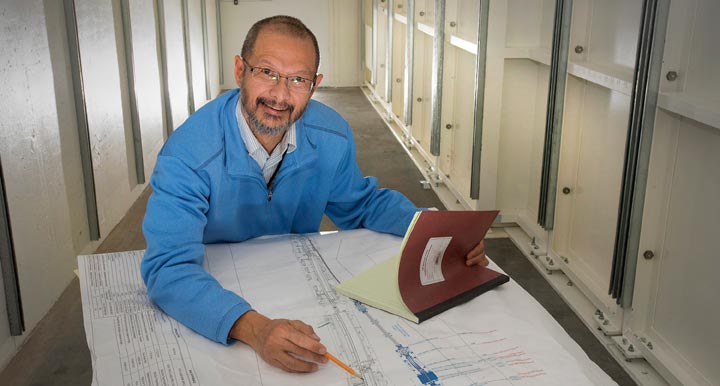 Mosquitos infect millions of people with diseases including life-threatening malaria and dengue every year. Other insects are blamed for billions of dollars of damage to crops across the United States. And while most people squirm, swat, and scratch at the sight of insects, others—albeit far fewer than most—look to research facilities like ultra-bright x-ray-producing synchrotron light sources for unprecedented views of these six-legged creatures.

Join Wah-Keat Lee of the National Synchrotron Light Source II (NSLS-II)—a U.S. Department of Energy Office of Science User Facility—for the 509th Brookhaven Lecture, titled "Synchrotron Science…and Bugs?" in Berkner Hall at 4 p.m. on Wednesday, Nov. 18. All are invited to attend this free talk, which is open to the public. Refreshments will be offered before and after the lecture. Visitors to the Lab 16 and older must carry a photo ID while on site. Add to calendar

Lee is the group leader for Full-Field X-ray Imaging (FXI) beamline being built at NSLS-II. The FXI beamline will provide in operando capabilities for researchers to study energy storage devices in real-world conditions—not pristine vacuum chambers and ultraclean lab environments—and more. He will begin this Brookhaven Lecture by highlighting synchrotrons' advantages over conventional x-ray sources for research, while also explaining how resolution, sensitivity, and contrast affect overall capabilities. He will then discuss his past research with insects, including studies done at the Advanced Photon Source—another DOE Office of Science User Facility at Argonne National Laboratory—to determine how some insects breathe, despite having no lungs, and other examples as well.

To join Lee for dinner at a restaurant off site after the talk, contact Jean Smiles (Ext. 4696).

Lee is a physicist at NSLS-II at Brookhaven Lab. He earned a Ph.D. in physics from the University of Pennsylvania in 1990 and a bachelor's degree in electrical engineering and mathematics at Duke University in 1984. He worked at the Advanced Photon Source at Argonne National Laboratory from 1990 until 2011, when he joined the staff at Brookhaven Lab at NSLS-II.