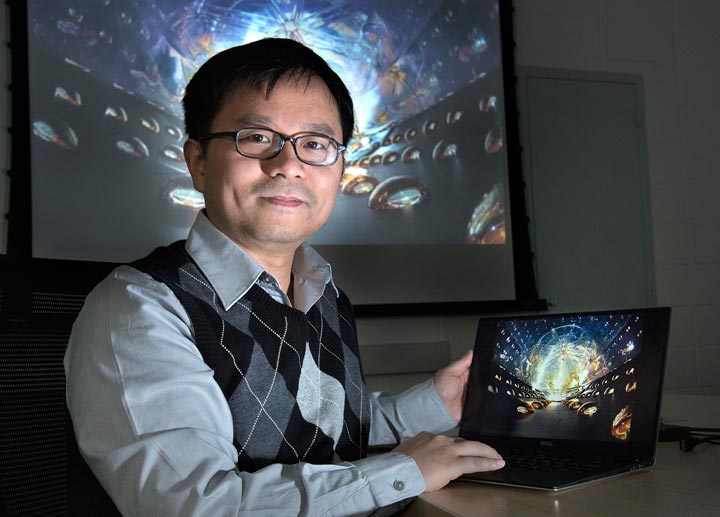 Brookhaven scientists also led the core analysis group that contributed to the measurements of reactor antineutrino energy spectrum and flux reported in this press release.

“We were the first to notice the surprising feature in the energy spectrum, only a few months after the first experimental hall started taking data in 2011,” said Brookhaven physicist Chao Zhang, a member of the team.

The Brookhaven physicists developed the methods to calibrate the detector energy response, which were crucial for this precision measurement, and studied the subtle systematic effects that could impact the measurement and the interpretation of the results.

"We spent a lot of time and effort to fully understand our detector energy response,” Chao said. “In the end, this has all paid off and we now have the world's most precise measurement of the reactor antineutrino energy spectrum—a model-independent reference spectrum that future reactor experiments can safely rely on."

These experiments with reactor neutrinos have played a critical role in scientists’ understanding of their cosmic cousins—the abundant neutrinos generated by the Big Bang and in the hearts of stars.

"The surprising feature in the reactor antineutrino energy spectrum indicates that there is still so much we need to understand about the underlying nuclear physics," Chao said.

Brookhaven National Laboratory’s participation in the Daya Bay Collaboration is funded by the DOE Office of Science.