Brookhaven's PubSci Takes a Close Look at the Chemistry of Catalysis

Cheers could be heard all around the Brewology pub in Port Jefferson as an audience toasted to chemistry, and dove into a discussion of how it powers the energy solutions explored by scientists at the U.S. Department of Energy’s Brookhaven National Laboratory. 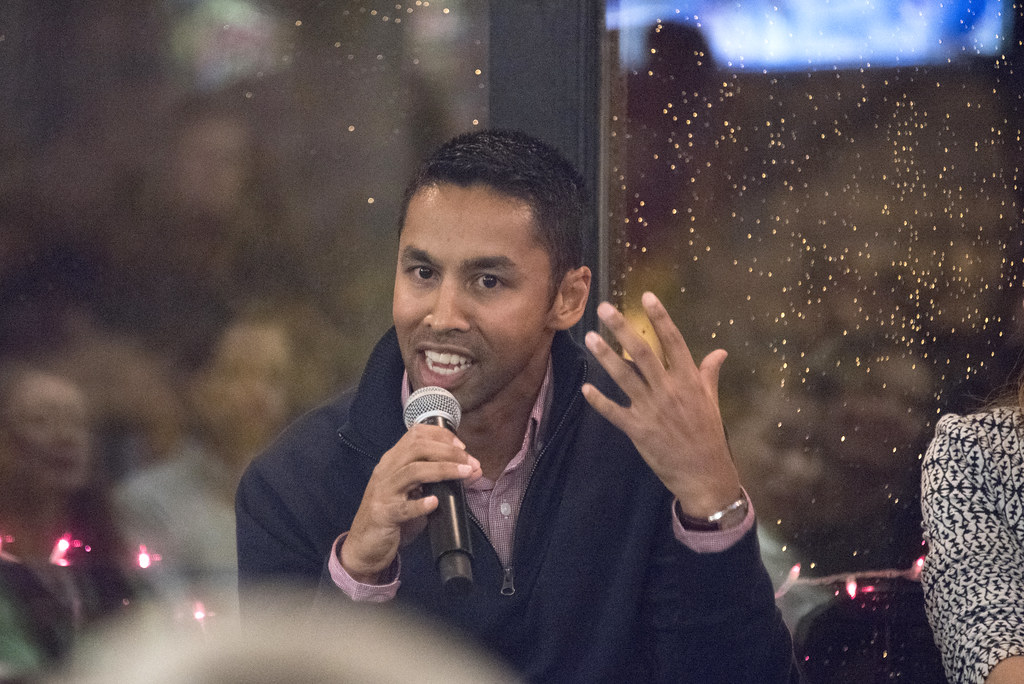 The scientists on hand for the evening’s conversation, entitled Cutting-Edge Chemistry and the Reactions Powering The World, included Sanjaya Senanayake, an associate chemist at Brookhaven; Eric Stach, group leader of electron microscopy at Brookhaven; and Ashleigh Baber, a visiting researcher at the Lab and assistant professor at James Madison University.

They shared their knowledge of the nanoscale interactions that power reactions in catalysts, the one-of-a-kind tools located in their labs at Brookhaven that allow researchers to capture images on the atomic scale, and the ways in which their work in catalysis is contributing to solving grand energy challenges.

PubSci is a science café presented by Brookhaven National Laboratory. Brookhaven National Laboratory is supported by the Office of Science of the U.S. Department of Energy.  The Office of Science is the single largest supporter of basic research in the physical sciences in the United States, and is working to address some of the most pressing challenges of our time.  For more information, please visit science.energy.gov.