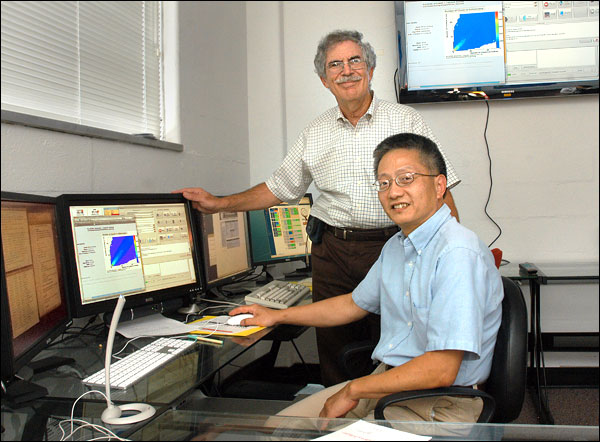 Although Brookhaven is nearly 4,000 miles away from the Large Hadron Collider (LHC) at CERN, the Lab houses a special space where physicists on site in Upton can be part of the action in Geneva. From the Remote Monitoring Room, nestled on the first floor of the Physics building, scientists will take shifts monitoring data generated in the ATLAS detector when the LHC starts colliding its counter-rotating beams of protons. The goal is to identify pieces of the detector that aren't working correctly and notify scientists at CERN of any potential repair problems. The monitoring room also serves as a central meeting point for ATLAS collaborators, with a large-screen TV to display data and videos, and prototypes of BNL-constructed equipment now installed deep underground in Switzerland.