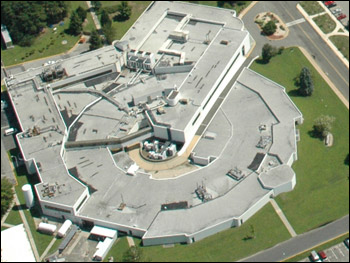 Two American scientists and a Japanese researcher have won the 2008 Nobel Prize in Chemistry for their discovery and development of a protein that has become a ubiquitous tool in bioscience. The prize is shared equally by Osamu Shimomura of the Marine Biological Laboratory and Boston University Medical School, Martin Chalfie of Columbia University, and Roger Y. Tsien of the University of California, San Diego.

Their work centers on a protein, found in a type of jellyfish, that glows green under ultraviolet light. Known as green fluorescent protein (GFP), this protein has become an extremely popular tool for probing the insides of living cells or whole animals and watching molecules interact in real time. With its bright green color, GFP can illuminate growing tumors, show nerve cell damage during the development of Alzheimer's disease in the brain, or literally shed light on how insulin-producing cells are created in the pancreas of a growing embryo.

The structure of GFP was first reported in the journal Science in 1996, partially as the result of x-ray studies at Brookhaven's National Synchrotron Light Source (NSLS). Research surrounding the unusual protein actually began more than 30 years earlier.

The story starts in the early 1960s with Shimomura, who first isolated GFP from the jellyfish Aequorea Victoria - found off the west coast of North America - and discovered the protein's green glow.

Next, in the late 1980s, Chalfie demonstrated the value of GFP as a luminous genetic tag for various biological phenomena. In one of his first experiments, he colored six individual cells in a transparent roundworm. In contrast to other bioluminescent proteins, which require a continuous supply of energy-rich molecules, GFP doesn't need additives to glow. This revolutionary protein is non-toxic and non-disruptive, making it ideal for biological studies.

Most recently, Tsien contributed to the general understanding of how GFP glows by determining the formation of the GFP chromophore, a chemical group that absorbs and emits light. When ultraviolet light hits the chromophore, it sucks up the energy in the light and then disposes of it by emitting lower energy (green) light. Tsien is best known for extending the color palette of GFP beyond green, allowing researchers to follow several different biological processes at the same time. According to background on the Nobel Prize website: "An important step forward, allowing for rational design of mutants, was the solution of the crystal structure of GFP..." This molecular structure, published in 1996, was solved in part at NSLS beamline X4A. The effort was led by a group of researchers from the University of Oregon, with Tsien among the authors on the paper.

Thanks to the contributions from all three Nobel laureates, scientists are able to see the cellular world in an entirely different light.

Operational funding for the National Synchrotron Light Source (NSLS) - one of the world's most widely used scientific facilities - is provided by the Office of Basic Energy Sciences within the U.S. Department of Energy's Office of Science to strengthen the nation's scientific standing through access to cutting-edge research tools. The NSLS provides intense beams of infrared, ultraviolet, and x-ray light for basic and applied research in physics, chemistry, medicine, geophysics, and environmental and materials sciences.