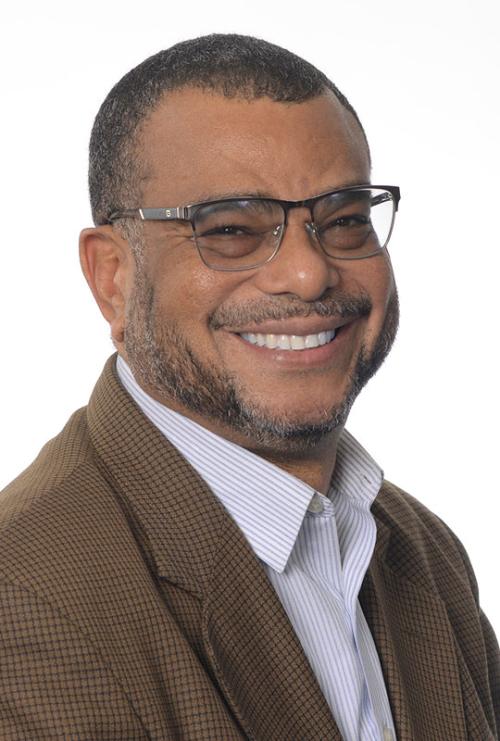 Preferred Gender Pronouns (PGPs): Him, He, His

Noel Blackburn is the Chief Diversity, Equity, and Inclusion (DEI) Officer at the U.S. Department of Energy's (DOE) Brookhaven National Laboratory. Blackburn oversees the Diversity, Equity, and Inclusion Office, which supports Brookhaven's mission to deliver expertise and capabilities that drive scientific breakthroughs and innovation. The office works with members of the Lab community to foster an environment in which all people are welcomed, respected, and valued for the diverse perspectives they provide.

Previously, Blackburn managed university programs and DOE internships in the Lab's Office of Educational Programs, which he joined in 2004. He was responsible for an annual budget of $4.3 million to design, implement, and manage workforce development programs for undergraduates, graduate students, and university faculty.

Blackburn had a leading role in helping Brookhaven establish and strengthen relationships with more than 75 historically black colleges and universities (HBCUs) and minority-serving institutions (MSIs). Under his leadership, college-level internship participation at Brookhaven grew exponentially and, in the most recent 10 years, has averaged 45 percent women and 38 percent underrepresented minorities (URMs) in science. He created opportunities for underrepresented groups to access Brookhaven and other DOE national laboratories through programs such as the Interdisciplinary Consortium for Research and Educational Access in Science and Engineering (InCREASE).

An engineer by training, Blackburn arrived at Brookhaven in 1999. He was a project engineer for the Peconic River Remediation Project. He also served as a field engineer for groundwater and soil remediation projects before shifting his focus to science, technology, engineering, and math (STEM) education programs.

The City College of New York - CUNY, ME in Environmental Engineering, 1994

The City College of New York - CUNY, BE in Civil Engineering, 1991

Member of the following Advisory Committees:

Blackburn received in 2021 an Advanced Diversity and Inclusion Certificate from the School of Industrial and Labor Relations at Cornell University.