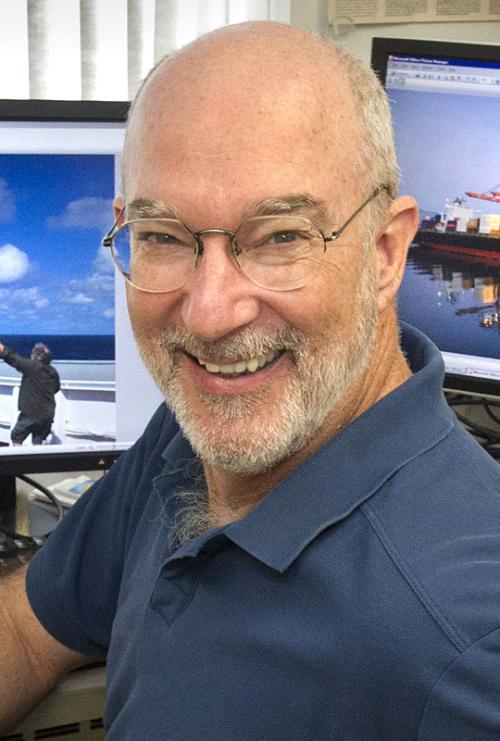 Ernie Lewis was originally trained as a physicist. He started at Brookhaven National Laboratory as a chemical oceanographer and participated in ten oceangoing cruises on which he measured properties of the CO2 system in seawater. Together with D. W. R. Wallace he wrote the program CO2SYS, which has become the standard program in the oceanographic community for intercalculation of oceanic carbon system parameters. After moving to the Environmental & Climate Sciences Department, his scientific work has focused on understanding properties of aerosols, including sources of natural aerosol production, aerosol dynamics, and the optical and thermodynamic properties of aerosol particles and their dependence on relative humidity. Together with Stephen E. Schwartz, he authored the book Sea Salt Aerosol Production: Mechanisms, Methods, Measurements, and Models—A Critical Review, published by the American Geophysical Union in 2004. His research has involved microphysical, hygroscopic, and optical properties of aerosols, direct aerosol forcing of climate, and the structure of black carbon-containing aerosol particles. He was the Principal Investigator of MAGIC, the Marine ARM GPCI Investigation of Clouds, which occurred between September, 2012 and October, 2013. MAGIC, whose goal was to measure properties of clouds and precipitation, aerosols, radiation, and meteorological conditions in the Eastern North Pacific, involved deployment of the Second ARM Mobile Facility (AMF2) on the Horizon Lines cargo ship Spirit as it traversed a route between Los Angeles, CA and Honolulu, HI. Lewis is also the chair of ACCESS, the Atmospheric Chemistry Colloquium for Emerging Senior Scientists, which is held in conjunction with the Gordon Research Conference (GRC) in Atmospheric Chemistry every two years. In April, 2016 he gave the 514th Brookhaven Lecture on "What Will Earth Be Like in 50 Years?", which can be found at https://www.bnl.gov/video/index.php?v=517.