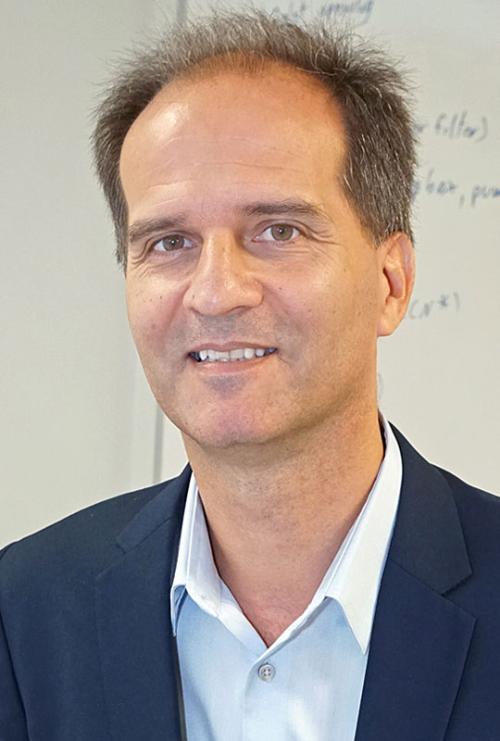 Kollias is a Professor at the School of Marine and Atmospheric Sciences at Stony Brook University – State University of New York and has a joint appointment with the Department of Environmental and Climate Sciences at Brookhaven National Laboratory. His research focuses on the understanding of the microphysical, dynamical and radiative processes that act at the cloud- and meso-scale and their accurate representation in numerical models. He is also interested in radar technology and the development and application of novel phased-array and spaceborne radars in weather and climate research. Kollias is an international leader in the application of radars for cloud and precipitation research from ground-based and space-based platforms. Kollias has published over 140 peer-reviewed scientific articles in the areas of millimeter wavelength radar research, radar technology, signal processing and cloud and precipitation dynamics and microphysics.

Pavlos Kollias is the Director of the Center for Multiscale Applied Sensing (CMAS) at Brookhaven National Laboratory (www.bnl.gov/cmas). He is a member of the Mission Advisory Group and algorithm development team of the European Space Agency Earth Clouds Aerosols Radiation Experiment (EARTHCARE) Explorer Mission. He has served as a member at the National Science Foundation Engineering Research Center for the Collaborative Adaptive Sensing of the Atmosphere. Kollias also served for three years (2007-2009) as Associate Chief Scientist for the US DOE Atmospheric Radiation Measurements (ARM) program. He has served as the Chair of the American Meteorological Society (AMS) Committee on Radar Meteorology and has organized and chaired numerous sessions in international conferences. Kollias has also organized and participated as guest lecturer in several short courses in Europe, North America and Asia on the use of radars in atmospheric research.