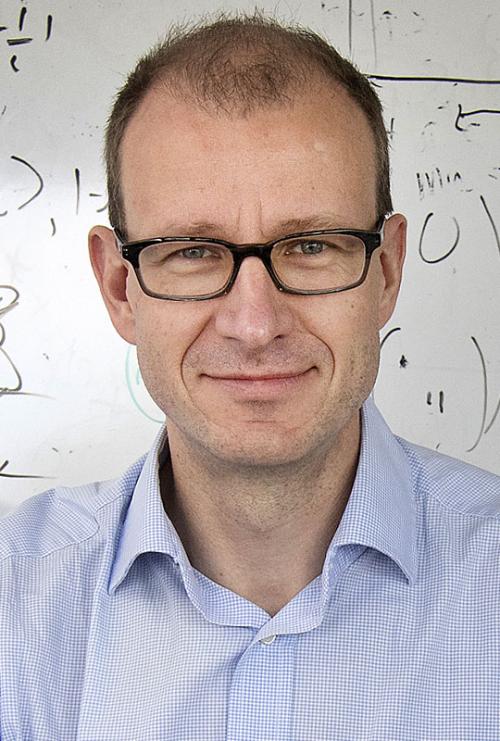 Robert Konik joined Brookhaven Lab as a Research Scientist in 2003, with promotions to Assistant Physicist (2004), Associate Physicist (2006), and Physicist (2009). He served as Deputy Chair of the Condensed Matter Physics & Materials Science Division (CMPMSD) in 2015 and became chair of the division in 2016. He has also been an adjunct professor at Boston College, an associate editor at the journal Physical Review B (since 2008) and has held visiting appointments at the Universiteit van Amsterdam in the Netherlands, Université de Cergy-Pontoise, Paris, France, and the London Centre for Nanotechnology in the United Kingdom.

As chair of CMPMSD, Dr. Konik oversees 60 employees and an annual budget of about $21 million. Scientists in the department study basic, theoretical, and applied aspects of materials, their uses, and their electronic, physical, mechanical, and chemical properties. Their aim is to integrate the knowledge and tools of chemistry and physics with the principles of engineering to understand and optimize material properties, and to create new and improved materials to help fulfill the missions of the Department of Energy.

Robert Konik earned his Ph.D. in low dimensional quantum field theories and their applications to strongly correlated systems in 1998 from Cornell University. A binational Canadian/US citizen, he worked as a postdoctoral fellow funded by the Natural Sciences and Engineering Research Council of Canada in the department of physics at the Institute for Theoretical Physics, University of California, Santa Barbara from 1997 through 1999. He then joined the University of Virginia as a Research Associate, advancing to Research Scientist in 2001.

Robert Konik became a fellow of the American Physical Society in 2019 for his work on using integrability to understand strongly correlated systems in- and out-of-equilibrium.