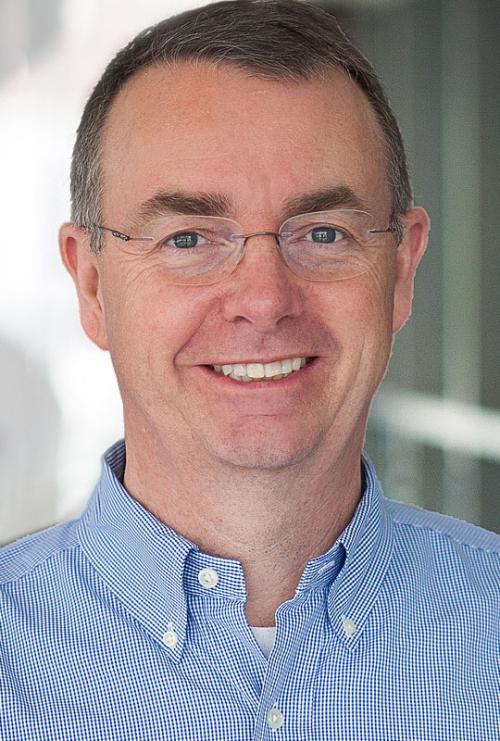 John Shanklin grew up near Manchester England.  He earned a BSc. From the University of Lancaster (UK) and moved to Wisconsin where he received a M.Sc. and Ph.D. working with Rick Vierstra on the biochemistry of selective protein turnover in plants.  He moved to Michigan State’s DOE Plant Research Laboratory for a Post Doc. with Chris Somerville where he became fascinated with plant lipid biochemistry and lipid modification enzymes.  John established his own research program when he moved to BNL in 1992 as an Assistant Biochemist.  John is the recipient of a Presidential Early Career Award, the Terry Galliard Medal for Plant Lipid Biochemistry and is an elected Fellow of the American Association for the Advancement of Science.  John is now a Senior Biochemist and has served many roles at BNL including Group Leader for Plant Science, and is presently Chair of the Biology Department.  He has also served as Chair of the BNL Council, the BNL lecture committee and is currently a member of the BNL Distinguished Lectureship Committee.  When John isn’t at work, he is likely to be mountain biking or sailing.

As the population of the world increases there are increasing demands on natural resources. One solution to this problem is to use plants as 'Green Factories' to produce specific renewable resources and sources of bioenergy. Advances in genetic engineering have resulted in routine methods for the introduction of genes into crop plants. Previous efforts in crop improvement have focused on the transfer of existing genes into plants to tailor plant storage compounds. A key element of future efforts will be directed towards engineering enzymes with novel specificities and/or the ability to introduce a particular functionality. This will free metabolic engineers from the constraints imposed by the existing variation of natural enzymes and will present a major step towards the engineering of desired storage compounds. This work is designed to significantly contribute to the BES Mission of understanding the fundamental processes underlying carbon capture, conversion and storage by plants.

He came to Brookhaven Lab in 1992 as an assistant biochemist, and he rose to the position of tenured senior biochemist in 2002. His research has focused on understanding the biochemical details of plant lipid metabolism and devising ways to control the composition of plant oils so that they can be used as renewable industrial feedstocks and/or fuels. To achieve these goals, he performs detailed structure-function analysis of plant enzymes that regulate the production of oils and then redesigns them to make useful products.

Lipids are major functional components of all living things serving functions as diverse as providing an environment for membrane proteins, forming the barriers between cells and intracellular compartments to serving as an energy-dense source of stored carbon. Despite their importance, the details of lipid synthesis and modification are incomplete. Lipids are first synthesized as saturated fatty acids and double bonds are incorporated post-synthetically by enzymes known as fatty acid desaturases; in a process that is initiated by cleavage of the stable methylene C-H bond. This reaction involves high energy chemistry, the details of which we are trying to elucidate. We are also interested in using this class of enzymes to further our understanding the basis for enzyme specificity selectivity and functional outcome. Much of the  large diversity of fatty acids found in nature is based on the presence of variant desaturase-like enzymes. Desaturation of a fatty acid results in dramatic effects on the physical properties of both cell membranes and storage lipids, and the placement of double bonds, triple bonds, hydroxy groups, epoxy groups, and various conjugated double bond systems determines the uses to which these fatty acids can be put.

Because lipid synthesis is highly demanding for both energy and reducing power, it is a highly regulated process.  We are interested in understanding the mechanistic basis for lipid homeostasis.  For instance we discovered several modes of feedback regulation of acetyl-CoA carboxylase, a key rate limiting enzyme in fatty acid biosynthesis and we are working to understand the molecular basis for this regulation.  In a second approach we are exploring links between global carbon signaling and the regulation of lipid synthesis and accumulation.  The basic mechanistic understanding we are developing will be exploited to increase lipid accumulation, both in traditional plant storage tissues of the seed and also in vegetative tissues to create second generation oilcrops.

Shanklin earned his Ph.D. in horticulture from the University of Wisconsin-Madison in 1988.

Shanklin has received numerous professional awards, including a Brookhaven Lab Science & Technology Award (2013), a Presidential Early Career Award for Scientists and Engineers (1997), and the DOE Office of Energy Research Young Scientist Award (1997). He received the Terry Galliard Medal for Plant Lipid Biochemistry in 2000, and was made a fellow in the American Association for the Advancement of Science in 2007. He is a member of the American Chemical Society, the American Society for Plant Biology, and the American Society for Biochemistry and Molecular Biology.