30th anniversary extravaganza for Buddy Merriam and Back Roads Band 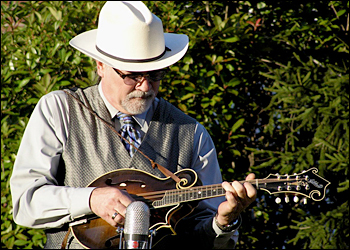 Buddy Merriam and Back Roads will perform at the U.S. Department of Energy's Brookhaven National Laboratory on Saturday, October 16, at 8 p.m. in Berkner Hall. Sponsored by the BNL Music Club, the concert is open to the public. All visitors to the Laboratory 16 and older must bring a photo I.D.

Merriam and Back Roads have entertained a wide spectrum of audiences by performing at venues like the Grand Ole Opry in Nashville and at Long Island’s Vail Leavitt Concert Hall, Huntington Folk Music Festival, Heckscher Park concert series, and the Stony Brook Museum Folk and Fiddle Festival. The band performs at bluegrass festivals throughout the United States. In 2004, the band toured Ireland. Merriam and Back Roads have also been featured on CMT’s “Bluegrass Sound,” WKET TV, and Merriam regularly hosts the weekly Bluegrass Time show on WUSB radio.

Tickets for the concert are $20 in advance and $25 the day of the show. Tickets may be purchased through ticketweb.com, or at the door. Advance ticket purchase is recommended.

See the Buddy Merriam and Back Roads website for more information.