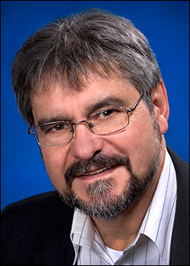 The NSLS is one of the world’s most widely used scientific facilities. Each year, about 2,200 researchers from 400 universities, government laboratories, and companies use the NSLS’s bright beams of x-rays, ultraviolet light, and infrared light for research in such fields as biology, medicine, chemistry, environmental sciences, physics, and materials science. Two Nobel Prizes have been awarded for discoveries made at the NSLS.

Meeting the scientific challenges of the future will require the advanced capabilities of NSLS-II, which will be the world’s most advanced light source, producing x-rays more than 10,000 times brighter than the NSLS. Its advanced capabilities will allow researchers to probe materials at the nanometer level, enabling advances in numerous areas of science, including the development of clean, affordable, renewable energy.

Ferdinand Willeke is responsible for overseeing the design, construction, and operation of all accelerator systems in the NSLS and NSLS-II. With about 200 employees and a construction budget of $300 million over seven years, his team will install insertion devices that produce the synchrotron light needed for experiments and the sophisticated instruments required to direct the photon beam to experimental stations called beamlines. 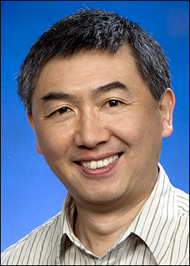 Willeke earned a Ph.D. in physics from Freie Universitaet in Berlin in 1980. He joined Brookhaven Lab in 2007 as the division director of accelerator systems at NSLS-II, after a 27-year career at Deutsches Elektronen-Synchrotron (DESY), a synchrotron facility in Hamburg, Germany. Willeke joined DESY in 1980 as an accelerator physicist and moved up the ranks to become lead scientist and head of HERA, the large accelerator facility at DESY. Between 1983 and 1985, he also participated in the commissioning of the Tevatron collider at the U.S. Department of Energy’s Fermilab, in Batavia, Illinois. In addition, he served on various committees at Brookhaven Lab, starting in 1992 as a member of the Relativistic Heavy Ion Collider Machine Advisory Committee.

Qun Shen is responsible for the development of experimental facilities at NSLS-II, and for beamline operations and science programs at the NSLS. The Photon Division currently has a construction budget of $85 million and more than 90 staff scientists and engineers who develop, implement and operate the scientific experimental programs at both light sources. The division is also responsible for interactions with the broader scientific community performing research at the Laboratory’s light sources. 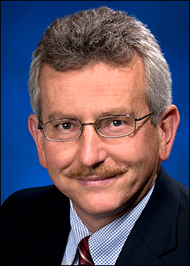 Shen earned a Ph.D. in physics from Purdue University in 1987. He came to Brookhaven Lab in 2008 as a senior physicist and director of the Experimental Facilities Division of NSLS-II. He also holds adjunct professorships at Northwestern University and Purdue University. From 2005 to 2008, Shen was a senior physicist and group leader of x-ray microscopy imaging at the U.S. Department of Energy’s Argonne National Laboratory. Shen started his career at Cornell University in 1989, eventually becoming a senior staff scientist and adjunct associate professor of materials science & engineering at the university. A fellow of the American Physical Society, Shen has won numerous awards for his research, including the Distinguished Alumnus Award from Purdue University in 2004, the S.S. Sidhu Award from the Pittsburgh Diffraction Society in 1988, and the Lark-Horowitz Prize in 1987 from Purdue.

Martin Fallier is responsible for the design, construction, and project management of conventional facilities for NSLS-II. With a current staff of 13 and a budget of over $270 million, Fallier is in charge of the planning, design, procurement and construction of 600,000 square feet of state-of-the-art facilities at NSLS-II.

Fallier earned a B.S. in marine engineering from the U.S. Merchant Marine Academy in 1979 and an M.S. in technology systems management from Stony Brook University in 1990. An engineer at Brookhaven Lab for 23 years, Fallier began his Laboratory career as an energy management engineer in 1987, then held several management positions before becoming manager of Engineering and Construction Services in 2003. In 2006, he was named division director of NSLS-II conventional facilities. 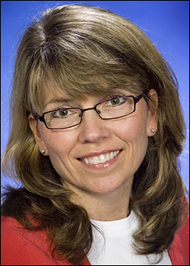 Diane Hatton is the chief operating officer as well as the business division director for the Photon Sciences Directorate. With a staff of 75, she is responsible for the financial and operations oversight of the directorate, including the $43 million NSLS annual budget and the $912 million NSLS-II construction project. In addition, she oversees the coordination of administrative and support activities for the directorate.