Presentation on 'The 2012 Project' at Brookhaven Lab, March 8

Increasing the number of women in public office in the U.S. 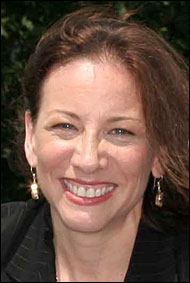 UPTON, NY — A presentation titled “The 2012 Project: A Year of Opportunity for Women in Energy, Technology and Science — Step Forward and Run,” will be held at Brookhaven National Laboratory’s Berkner Hall on Tuesday, March 8, from 4 to 5 p.m. Sponsored by Brookhaven Women in Science, a not-for-profit organization that promotes the advancement of women, the presentation will be given by Debbie Walsh, director of the Center for American Women and Politics at Rutgers Eagleton Institute of Politics, and Meryl Frank, U.S. Ambassador to the United Nations Commission on the Status of Women.

The event is free, and no pre-registration is required. Visitors to the Laboratory age 16 and over must carry a photo ID. For more information, call 631 344-7105, or write to kwalker@bnl.gov.

The 2012 Project’s nonpartisan, national vision is to encourage women with expertise in science, energy, technology, and other targeted sectors to pursue public office and to expand the breadth of knowledge among U.S. policymakers. The presentation promotes women’s leadership and suggests a new dimension for women’s careers. 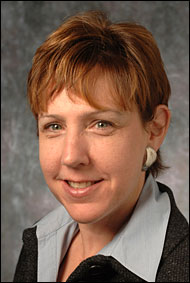 The percentage of American women holding public office has not increased over the last decade. Today, women hold 24 percent of legislative offices, and 17 percent of U.S. Senate and Congressional seats. The 2012 Project targets women with expertise in critical fields and connects them to political resources. New electoral opportunities will be available in 2012, and now is the time to prepare for filling them.

Debbie Walsh joined the Center for American Women and Politics in 1981 after earning an M.A. in political science from Rutgers, The State University of New Jersey, where she was an Eagleton Fellow. As director, she manages and oversees the center’s multi-faceted programs. These include national forums for political women that address current issues and facilitate creative strategy building, and leadership and campaign training programs that empower women to participate fully in politics and public life. Walsh currently serves on the New Jersey Advisory Commission on the Status of Women. In 1984, she was the associate producer of a documentary film, “Not One of the Boys,” which aired on the PBS series, Frontline.

Before President Obama appointed Ambassador Meryl Frank to her current position at the U.N., she was mayor of Highland Park, New Jersey, for eight years. She authored the federal Family and Medical Leave Act signed by President Clinton in 1993 and the New Jersey Family Leave Act signed by Governor Kean in 1989. She served on the National Board of the Democratic National Committee’s Women’s Leadership Forum and as Democratic co-chair of the Bipartisan Commission on the Appointment of Women. She is the National President of the Women’s Division of the American Jewish Congress.