The following news release is being issued today by Brookhaven Science Associates, the company that manages Brookhaven National Laboratory for the U.S. Department of Energy.

Sam Aronson to Step Down as Brookhaven Lab Director 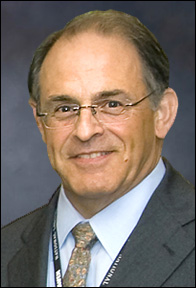 The Brookhaven Science Associates (BSA) Board of Directors, which manages and operates Brookhaven National Laboratory, today announced that Lab Director Samuel Aronson has decided to step down and return to a research position. Dr. Aronson will continue to serve as Lab Director until a successor is identified and in place. The BSA Board will immediately initiate an international search for his successor.

Aronson was named in 2006 as Brookhaven Lab’s eighth director after serving in the Nuclear and Particle Physics Directorate for nearly 30 years in positions of increasing responsibility. During his five-plus years as director, Aronson oversaw a period of remarkable scientific achievement, significant expansion, and enhanced operations at the Laboratory.

”We are proud of Dr. Aronson’s leadership and his record of achievement during his tenure as Lab Director” said BSA Board Chair Ronald D. Townsend, who is also Executive Vice President, Global Laboratory Operations for Battelle. “We are committed to finding a replacement who will continue Dr. Aronson’s unwavering commitment to advancing the Department of Energy’s essential science mission at Brookhaven.”

During Aronson’s tenure, the Lab announced major discoveries at its Relativistic Heavy Ion Collider (RHIC), including a measurement of the temperature produced in RHIC’s collisions of gold ions that showed this “perfect liquid” to be the long-sought quark-gluon plasma that existed microseconds after the Big Bang; found evidence consistent with bubbles of “broken symmetry” that may help explain the matter/antimatter imbalance in the universe, and the discovery of the heaviest antinucleus ever observed. The Lab also completed a major role in the construction of the ATLAS detector at the Large Hadron Collider (LHC) at CERN and began ATLAS operations at the LHC.

“Dr. Aronson’s determination and vision have advanced Brookhaven’s place as a thriving center for discovery and innovation,” said Office of Science Director Bill Brinkman. “The lab is a better place because of his leadership, and thanks to his efforts, it has broadened activities into new directions.”

Under Aronson’s direction, the Lab won approval and started construction of the National Synchrotron Light Source II, which will be one of the world’s most advanced light sources when complete in 2015; completed construction of and began operations at the Center for Functional Nanomaterials, a state-of-the-art facility for the fabrication and study of energy-related materials at the nanoscale; and established an Energy Frontier Research Center dedicated to exploring the underlying nature of superconductivity, helping to move energy-saving materials into real-world applications.

Aronson shepherded the Laboratory toward a major new focus aimed at addressing the nation’s energy challenges. Under his leadership, the Lab significantly expanded its partnerships and collaborations within New York State (NY), especially in the area of energy-related research and development. Brookhaven has taken on a major role in the NY State SmartGrid Consortium and the New York Battery and Energy Storage Technology Consortium, and is working closely with upstate corporations – including General Electric and SuperPower – to develop and test new energy technologies.

“The long-standing relationship between the Lab and Stony Brook University has reached new heights of excellence during Aronson’s tenure as Lab Director,” said BSA Board Vice Chair and Stony Brook President Samuel L. Stanley. “It has been an honor and a pleasure to work with him.”