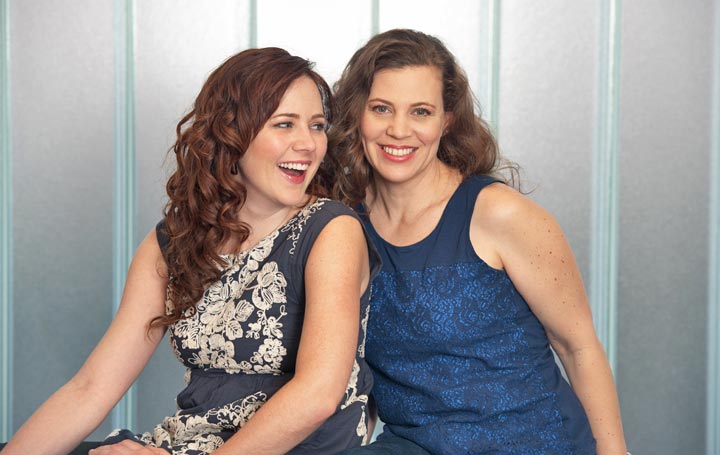 UPTON, NY — The sopranos of early-music group Tenet, Jolle Greenleaf and Molly Quinn, accompanied by period instruments, will present a concert titled UNO + ONE: Italia Nostra, based on the works of Claudio Monteverdi, at the U.S. Department of Energy's Brookhaven National Laboratory on Wednesday, October 9, at noon in Berkner Hall. Sponsored by Brookhaven Science Associates, the company that manages the Lab, the concert is free and open to the public. All visitors to the Laboratory 16 and older must bring a photo I.D.

Tenet is celebrating its fifth anniversary as one of New York's preeminent vocal ensembles. Under artistic director Jolle Greenleaf, Tenet has won acclaim for its innovative programming, virtuosic singing and command of repertoire that spans from the middle ages to present time. Tenet features distinguished soloists who perform one-voice-to-a-part singing and also as joined voices in small ensembles. The group is in residence at the historic St. Ignatius of Antioch Episcopal Church on New York City's Upper West Side where they present critically acclaimed performances throughout the concert season.

Hailed as a "golden soprano" and called "a major force in the New York early music-scene" by the New York Times, Jolle Greenleaf is one of the leading voices in the field. She is a much sought-after soloist in music by Bach, Buxtehude, Handel, Purcell and, most notably, Claudio Monteverdi. Greenleaf has balanced a career as a top soloist and innovative producer. In January of 2010, she spearheaded a performance of Monteverdi's Vespers of 1610, (the first performance of the work to celebrate its 400th anniversary), by creating the Green Mountain Project under the auspices of Tenet.

Praised by The New York Times for her "radiant sweetness," Molly Quinn has collaborated with many celebrated conductors and ensembles, including Clarion Music Society and Seraphic Fire. She has been featured as part of the Ecstatic Music Festival at New York's Merkin Hall, and with the New York Summer Mahler Project's presentation of the Fourth Symphony. Quinn is also a member of the Trinity Choir. She is a native of North Carolina and studied at Cincinnati College Conservatory of Music.

Lutenist Hank Heijink has performed all over the world with leading ensembles such as the Amsterdam Baroque Orchestra, European Union Baroque Orchestra, Orchestre d'Auvergne and, of course, Tenet. He is in high demand as an accompanist on theorbo, lute and guitar, and his playing has been described by the Wall Street Journal as "eloquent" and by the New York Times as "deft and sensitive."