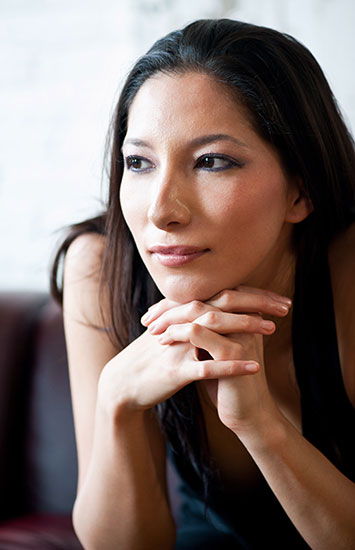 UPTON, NY — Pianist Tanya Gabrielian, who rose to international acclaim with first prize in the Scottish International Piano competition, will perform at the U.S. Department of Energy's Brookhaven National Laboratory on Wednesday, January 15, at noon in Berkner Hall. Sponsored by Brookhaven Science Associates, the event is free and open to the public. All visitors to the Laboratory 16 and older must bring a photo I.D.

As founder of the MELERcollective, Tanya Gabrielian is dedicated to promoting the artist as activist through art. Projects have included an installation with artist Fran Bull for the exhibit "In Flanders Field: A Meditation on War," recitals featuring composers with mental illnesses (highlighting the stigma around mental health issues), and a multidisciplinary collaboration combining Haydn's Seven Last Words of Our Savior on the Cross with final statements from executed death row inmates. Gabrielian has founded a biweekly interactive performance series for patients at the New York State Psychiatric Institute. She was awarded the 2011 McGraw-Hill Robert Sherman Award for Music Education and Community Outreach for her work.

Gabrielian received her bachelor's and master's degrees from the Royal Academy of Music, then completed her studies at The Juilliard School as the only candidate accepted for the prestigious Artist Diploma program, an extraordinarily selective post-graduate residency program, where she studied with Robert McDonald and Matti Raekallio. For her performance at Brookhaven, Gabrielian will include works by Handel-Liszt, Schumann, Beethoven, and Rachmaninov.