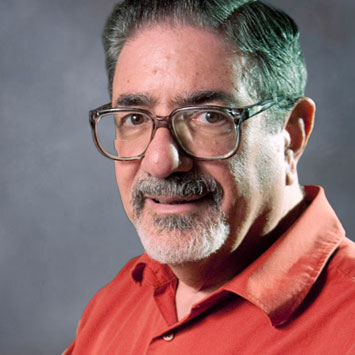 Richard Zare, a chemist at Stanford University who has helped guide public science policy in the United States and China for decades

UPTON, NY — Richard Zare, a chemist at Stanford University who has helped guide public science policy in the United States and China for decades, will present two George B. Pegram Lectures at the U.S. Department of Energy's Brookhaven National Laboratory in Berkner Hall at 4 p.m. on Tuesday, July 22, and 11 a.m. on Wednesday, July 23.

Zare's first lecture is titled "Reminiscences of a Public Science Policy Wonk." After serving on numerous boards and committees—from IBM's Scientific Advisory Committee and the National Science Foundation's National Science Board to the International Evaluation Committee for the National Natural Science Foundation of China and the Committee on Science, Engineering and Public Policy—Zare will recall both high and low points in ventures to guide public science policy in the United States and China.

Zare's second talk is titled "Mass Spectrometry: Drop by Drop." Researchers use mass spectrometry to determine the mass of molecules present in a sample. Zare will describe recent efforts in his laboratory to use droplet-delivered ions for capturing and identifying reaction intermediates as well as imaging surfaces to map chemical content.

The lectures are scheduled to be webcast live and archived online at www.bnl.gov/video.

Zare is the Marguerite Blake Wilbur Professor in Natural Science in the Department of Chemistry at Stanford University. He attended Harvard University, earning a bachelor's degree in chemistry and physics in 1961 and a Ph.D. in chemical physics in 1964. Zare is focused on laser chemistry, and his research has led to greater understandings of chemical reactions at the molecular level and contributed to solving significant problems in chemical analysis.

About the George B. Pegram Lecture Series

Inaugurated in 1959, the George B. Pegram lectures bring distinguished scholars to Brookhaven Lab to speak on topics of both scientific and general interest. Sponsored by Brookhaven Science Associates, the company that manages and operates the Laboratory for DOE, these lectures are free and open to the public. Visitors to the Laboratory 16 and older must bring a photo ID.