UPTON, NY —Two technologies developed at the U.S. Department of Energy's Brookhaven National Laboratory have received 2015 R&D 100 awards, which honor the top 100 proven technological advances of the past year as determined by a panel selected by R&D Magazine.

"I congratulate the researchers honored with 2015 R&D 100 Awards," said Brookhaven Laboratory Director Doon Gibbs. "The cutting-edge research and development performed at Brookhaven and at other national labs is helping to meet our energy challenges, strengthen our national security, and improve our economic competitiveness." 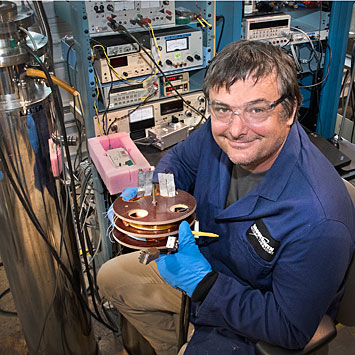 Brookhaven Lab's aFCL, developed by Vyacheslav Solovyov and Qiang Li of Brookhaven's Condensed Matter Physics & Materials Science Department, is a novel superconducting fault current limiter (FCL) that can transmit a large amount of electrical energy during the "on" state without any added conduction losses. FCLs are devices that protect grid equipment from fault currents. The device can rapidly interrupt the flow of energy when an emergency like a short circuit occurs. The devices can be connected in parallel units and programmed to operate at a specified current level.

Unlike traditional superconducting FCLs, the fault current trigger of the aFCL can be set to a pre-determined value. These features can be achieved by coupling superconducting elements with a flat radio frequency (RF) coil. When a fault is detected, a RF generator applies a pulse of high-frequency voltage to the RF coil. The coil creates an alternating current magnetic field, which produces large inductive currents in the superconductor. The device is designed to be a compact FCL that can be installed in space-constrained urban substations. It also can be used to stabilize distributed generators for deregulated power systems. 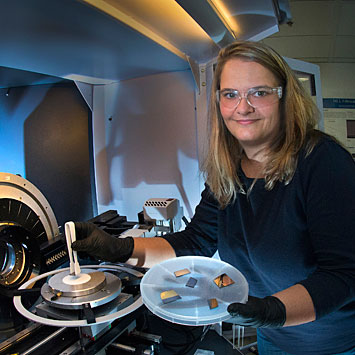 Nathalie Bouet of Brookhaven's National Synchrotron Light Source II—a DOE Office of Science User Facility—and Peter Takacs from Brookhaven's Instrumentation Division developed the Binary Pseudo-Random Calibration Tool together with researchers from Lawrence Berkeley and Argonne national laboratories and Abeam Technologies, Inc. This new technology solves one of the most difficult problems in surface profile and imaging metrology: the quantitative characterization of the measuring instruments. Metrology techniques are used for calibration in practically all branches of modern industry, including scanning and transmission electron microscopes, x-ray microscopes, and atomic force microscopes. This tool is dedicated to the calibration of imaging and profiling systems from the macroscale to the nanoscale, providing the highest resolution ever achieved—1.5 nanometers. It is used to characterize all advanced imaging systems, from interferometers to electron microscopes. 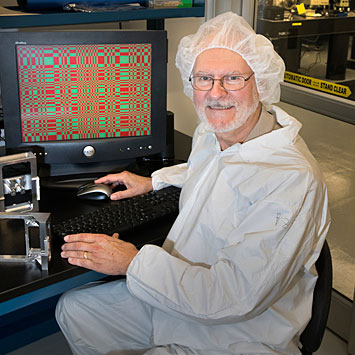