Updating the 2013 edition, the new release describes important changes that have since been implemented in the International Atomic Energy Agency's (IAEA) safeguards system for the peaceful use of nuclear energy and documents the IAEA's verification role in Iran that began in 2015 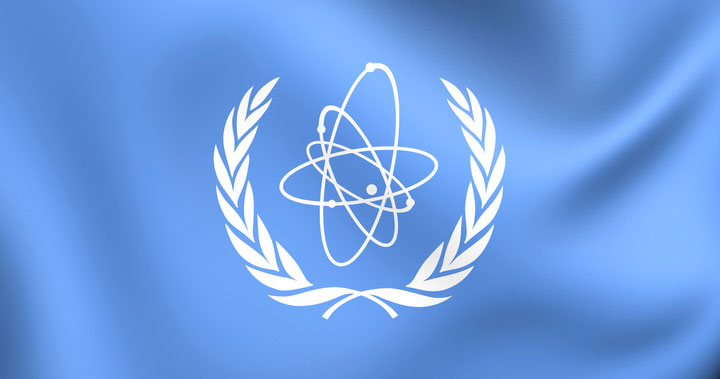 UPTON, NY—The U.S. Department of Energy’s (DOE) Brookhaven National Laboratory published the second edition of Deterring Nuclear Proliferation: The Importance of IAEA Safeguards. The textbook provides a history of the origins of the International Atomic Energy Agency (IAEA) and an introduction to the ways in which IAEA verifies nation states’ nuclear nonproliferation commitments.

“This book will benefit students studying or professionals working in the field of nuclear nonproliferation, and it will give anyone entering the field a running start,” said primary author and Brookhaven Lab contractor Michael Rosenthal, who formerly served as head of Brookhaven’s Division of Nonproliferation and Safeguards and as a member of the Senior Executive Service within the U.S. Department of State and U.S. Arms Control and Disarmament Agency. 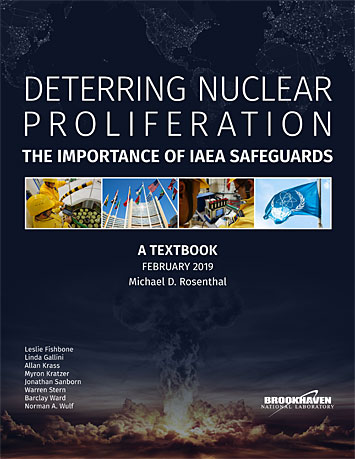 The new edition describes important changes to the implementation of IAEA safeguards since the first edition was published in 2013. Safeguards are technical measures for verifying that states are honoring their international legal commitments to the peaceful use of nuclear energy. Traditionally, the safeguards approach focused primarily on the monitoring of nuclear facilities. Today, the IAEA has adopted a state-level approach, which takes into account a state’s nuclear, and nuclear-related, activities and capabilities as a whole.

The second edition also chronicles the IAEA’s role in implementing safeguards in Iran. The section includes a historical look at the sequence of events that culminated in the negotiation of a multilateral agreement that places strict bounds on Iran’s nuclear program. The IAEA continues to verify that Iran is complying with its international and multilateral commitments to limit its nuclear program to peaceful purposes.

The book has been praised by several leaders engaged in efforts to ensure the nonproliferation of nuclear weapons.

“Today, policymakers and practitioners who lack basic understanding of the history, rationale, and technical details of the complex architecture of the international nuclear nonproliferation regime and the role of the IAEA safeguards system are grappling with urgent proliferation challenges with one arm tied behind their back,” said Ambassador Susan Burk, former Special Representative of the President of the United States for Nuclear Nonproliferation. “Fortunately, Deterring Nuclear Proliferation: The Importance of IAEA Safeguards, fills that knowledge gap. It is a unique resource for understanding the IAEA and is a must-read for security professionals developing and implementing U.S. nuclear nonproliferation policy, and for anyone interested in understanding how the nonproliferation regime that we take for granted works to reduce nuclear dangers.”

According to Daryl G. Kimball, executive director of the Arms Control Association and publisher of the journal Arms Control Today, “The latest edition of Deterring Nuclear Proliferation: The Importance of IAEA Safeguards is an invaluable, comprehensive guide to the evolving nuclear safeguards system that undergirds the international nuclear nonproliferation regime. Whether you are a scholar or researcher, a diplomat, a regulator, a student, or an expert practitioner, you will find this book to be a valuable and authoritative resource.”

And Christian Kessler, who was a senior U.S. State Department official and nuclear expert, adjunct professor at the University of Washington and Stony Brook University, and member of the U.N. Security Council’s Panel of Experts on Iran, wrote, “Deterring Nuclear Proliferation: The Importance of IAEA Safeguards examines the legal, political, and technical factors that shaped evolution of the international system to halt the spread of nuclear weapons, written by a team of experts who helped shape that evolution. Both detailed and comprehensive, it is a unique and uniquely authoritative resource for scholars, educators, and students seeking to learn how we got from Hiroshima to today.”

A pre-release version of the book is available for download as a free e-book by individuals with .gov and .edu email addresses. If you do not have a .gov or .edu email address but intend to use the book for governmental or educational purposes, please request a copy from wstern@bnl.gov.