The following news release is being issued on behalf of the Daya Bay Reactor Neutrino Experiment collaboration, which includes scientists from the U.S. Department of Energy’s Brookhaven National Laboratory, Lawrence Berkeley National Laboratory, and the Institute of High Energy Physics (IHEP) of the Chinese Academy of Sciences. In addition to the news release and closing ceremony details featured below, see the sidebar for information about two virtual talks that will be hosted next week by Brookhaven Lab’s physics department. To speak with a Brookhaven Lab scientist involved in the research at Daya Bay, contact Karen McNulty Walsh, 631 344-8350, kmcnulty@bnl.gov. 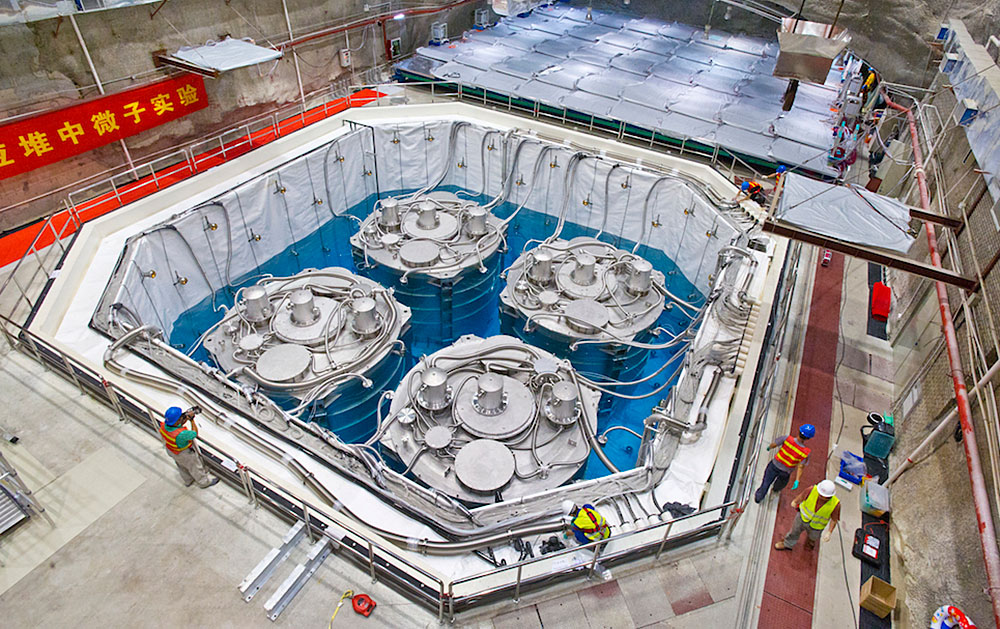 The Daya Bay Reactor Neutrino Experiment collaboration – which made a precise measurement of an important neutrino property eight years ago, setting the stage for a new round of experiments and discoveries about these hard-to-study particles – has finished taking data. Though the experiment is formally shutting down, the collaboration will continue to analyze its complete dataset to improve upon the precision of findings based on earlier measurements.

The experiment collected enough data within its first 55 days of operation to announce an important discovery in early March 2012. To celebrate this success and others that followed, the Daya Bay collaboration and science-agency officials will participate in a ceremony on Dec. 12, to mark the end of operations at the site (see event details below).

Operating in a cavernous underground space containing a series of large, drum-like particle detectors immersed in large pools of water in Guangdong, China, the experiment was built through an international effort that featured a first-of-its-kind equal partnership in a major physics project between the U.S. and China. The Beijing-based Institute of High Energy Physics (IHEP) of the Chinese Academy of Sciences leads China’s role in the collaboration, while the U.S. Department of Energy’s Lawrence Berkeley National Laboratory (Berkeley Lab) and Brookhaven National Laboratory (Brookhaven Lab) co-lead U.S. participation. 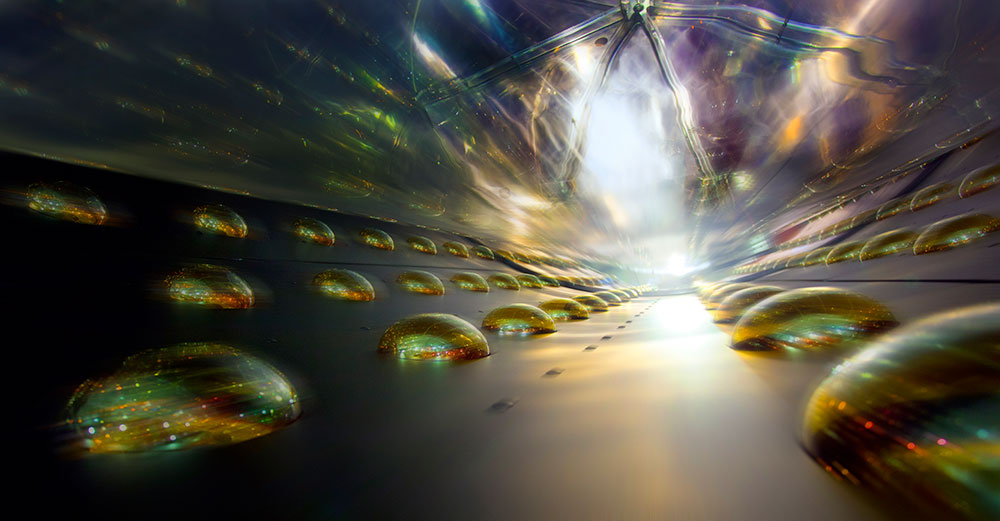 “We are so pleased to see the success of the experiment, which has made important scientific discoveries,” said Yi-Fang Wang, a former spokesperson of the Daya Bay collaboration who is now director of IHEP. “The collaboration is truly international, and lessons we learned here are invaluable. We look forward to other collaborations in the future.”

IHEP oversaw construction of the experimental site and half of the Daya Bay detectors, with the U.S. collaboration accounting for the other half. There were also significant contributions by scientists and institutions in Taiwan and Hong Kong, and in Chile, the Czech Republic, and Russia.

“This has been a tremendously successful and important experiment,” said Kam-Biu Luk, the U.S. spokesman for the Daya Bay experiment and also a faculty senior scientist at Berkeley Lab and a UC Berkeley physics professor. “The precision measurements and discoveries at Daya Bay were made possible by the outstanding collaboration between the U.S. and China and all of our international partners.”

Daya Bay’s eight detectors are designed to pick up light signals within the scintillating liquids they contain. These signals are generated by interactions with antineutrinos streaming from six reactors at the nearby Daya Bay and Ling Ao nuclear power plants.

Nuclear reactors produce a huge number of antineutrinos via the nuclear fission process, and they do so in a precisely controlled way, which makes reactors an excellent place to conduct neutrino experiments and gather high-precision measurements.

Antineutrinos are the antiparticles of neutrinos – abundant subatomic particles that pass through most matter uninterrupted, so they are difficult to detect. Over the past seven decades, scientists have made great progress in designing detectors to pick up the elusive signals of these “ghostlike” particles.

In search of theta 13

Located in three underground halls within a mile of the six reactors, the Daya Bay experiment was designed to measure a property related to the particles’ transformations, or oscillations, between three different types, known as “flavors”: electron, muon, and tau. Daya Bay was the first experiment to successfully measure, with certainty, a “mixing angle” called theta 13. This mixing angle defines the rate at which neutrinos transform into the three flavors. Since its first measurement in 2012, the precision in Daya Bay’s theta 13 measurement has improved sixfold. 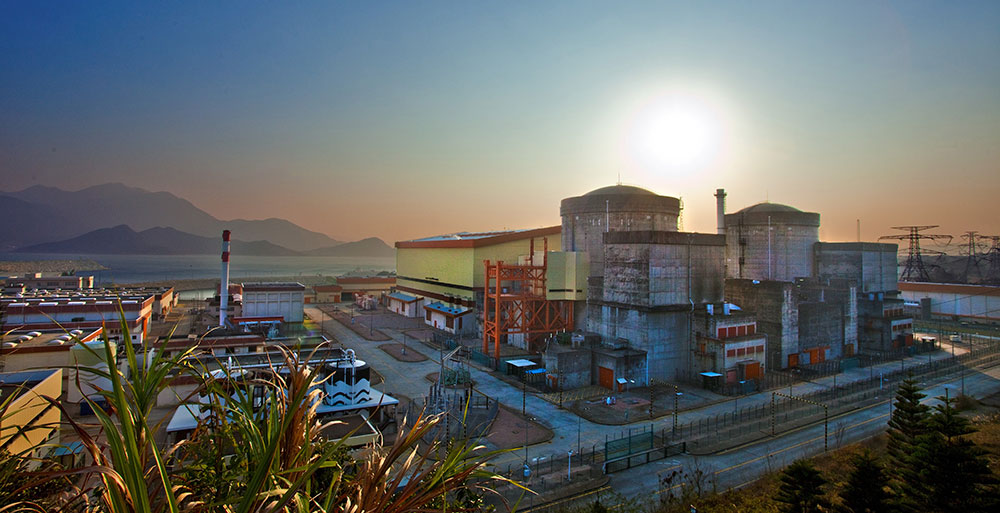 The theta 13 measurement, and two other mixing angles measured by previous experiments, help us understand the role neutrinos played in the evolution of our universe. If scientists observe a difference in certain properties of neutrinos vs. antineutrinos, it could help our understanding of the excess of matter vs. antimatter in the universe.

Daya Bay scientists are now conducting an analysis of the data from the experiment’s entire nine years of operations. This analysis will enable improved measurements of neutrino properties, including a new precision on theta 13 that is unlikely to be surpassed for decades to come.

The Brookhaven Lab physics department will hold two virtual talks to celebrate the end of operation of the Daya Bay Experiment and the success of its achievements.

Colloquium: The Daya Bay Reactor Neutrino Experiment and the Discovery of Non-zero Theta13

An introduction to the early history of the Daya Bay experiment, the discovery of non-zero theta13, and the implications of this discovery.

Seminar: A Decade of Discoveries by the Daya Bay Reactor Neutrino Experiment

A review of the main results of the Daya Bay experiment in its nine years of data taking.

“The scientific productivity of Daya Bay has gone way beyond our imagination,” said Daya Bay co-spokesperson Jun Cao, of IHEP. “Besides pinning down the value of theta 13, a surprising feature surfaced in the measured reactor antineutrino spectrum with Daya Bay’s high-quality data.”

A local excess of antineutrinos – about 10% above theoretical expectations at an energy of around 5 million electron volts (5 MeV) – shows up clearly, well beyond the uncertainties. The origin of this discrepancy is still unclear and requires further studies.

Meanwhile, determination of the antineutrino yield from the Daya Bay experiment also found a likely suspect for explaining a so-called “reactor antineutrino anomaly” – measurements of fewer antineutrinos than had been expected at the sites of many different nuclear reactors. While one possibility for this anomaly was that some antineutrinos had morphed into a hypothesized fourth type of neutrino called a sterile neutrino, Daya Bay researchers found it was most likely due to incomplete modeling of the predicted rate of antineutrino production for one component of the nuclear reactor fuel.

Additionally, teams of scientists from two major experiments studying neutrino oscillations – the Daya Bay experiment and the MINOS+ experiment at DOE’s Fermi National Accelerator Laboratory (Fermilab) – joined forces to produce another analysis that largely ruled out any possibility of sterile neutrinos in their data.

Implications of the measurements

“The mixing-angle theta 13, which many scientists suspected would be zero, was fortunately found to be much larger than we anticipated when we planned the experiment,” Luk said, which allowed scientists to precisely extract the oscillation frequency and confirm the theory of neutrino oscillation. This bodes well for other active and future neutrino experiments that will attempt to measure the ordering of the masses of the different neutrinos, for example.

It could also benefit experiments that explore neutrinos’ possible relevance to the universe’s matter-antimatter imbalance. Physicists believe that neutrinos may have played a role in this imbalance through the breaking of a fundamental physics law known as charge-parity (CP) violation. This violation implies that a particle and its antiparticle behave differently.

Daya Bay’s theta 13 measurement is the most precise measurement so far among the three mixing-angle measurements related to neutrino oscillations. The Daya Bay collaboration was recognized for the success in precisely measuring theta 13 with the award of the prestigious 2016 Breakthrough Prize in Fundamental Physics.

“Now that we know theta 13 is not zero, we have developed new ways to study the neutrino mass ordering. It also allows us to search for CP violation in current and future experiments,” Kettell said.

The Daya Bay experiment is supported by the Ministry of Science and Technology of China, the U.S. DOE Office of Science High Energy Physics program, the Chinese Academy of Sciences, the National Natural Science Foundation of China, and other funding agencies. The Daya Bay collaboration has 237 participants at 41 institutions in China, the U.S., the Czech Republic, Russia, and Chile.

What: The ceremony and shutdown process will be streamed live from the Daya Bay experimental site.

10:30 - 11:10 a.m. (Beijing time): the start of the shutdown process. A short video highlighting the Daya Bay experiment will be aired.